Former Patriots’ special teams standout Johnson Bademosi has agreed to a two-year, $6.25MM deal with the Texans, Adam Schefter of ESPN.com tweets. The new deal makes him the highest-paid special teams player in the NFL. 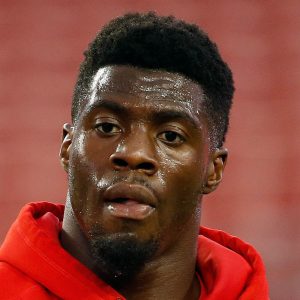 Bademosi was traded from the Lions to the Patriots last September in a deal that netted Detroit a 2019 sixth-round pick. By allowing Bademosi to walk, the Patriots figure to recoup some draft capital. Bademosi is the Pats’ fifth compensatory free agent to depart, which should improve their draw in 2019.

Bademosi, 28 in July, could also see some time at cornerback for Houston. He made six starts at CB over the last two seasons.

The Texans made two moves of note in the secondary this week by adding Aaron Colvin and re-signing Johnathan Joseph. Meanwhile, safety Marcus Gilchrist left to sign with the Raiders.