Brice Butler is eyeing his next NFL gig. The free agent wideout told Jane Slater of the NFL Network that he worked out for the Raiders yesterday (Twitter link). The 29-year-old added that he’d love to return to the organization, and he’d be interested in playing alongside quarterback Derek Carr. 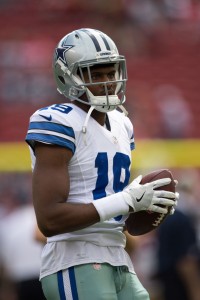 The Raiders selected Butler in the seventh round of the 2013 draft, and the receiver proceeded to spend his first two-plus seasons in Oakland. One of his best seasons came with the Raiders in 2014, when Butler finished with a career-high 21 receptions. The veteran later moved on to Dallas, where he spent several years as a depth piece. He actually had his best season with the Cowboys in 2017, when he hauled in 15 receptions for 317 yards and three scores.

The San Diego State product signed a two-year deal with the Cardinals during the 2018 offseason, but he was released by the team before seeing the field. He re-signed with the Cowboys but was released after a pair of appearances, and he appeared in six games for the Dolphins down the stretch. Butler was cut by Miami at the end of this past preseason.

The Dolphins signed Brice Butler to fill their open roster spot, according to a team announcement. At minimum, the wide receiver should help to replenish a group that has been dinged by injuries.

With DeVante Parker and Jakeem Grant sidelined, Butler may be one of four healthy receivers heading into Nov. 25th’s game against the Colts. On the plus side, the Dolphins can use their bye week to heal up.

Butler rejoined the Cowboys this year after his signing with the Cardinals did not work out. He talked a big game in free agency, but he’s appeared in just one game through ten weeks of the season.

To his credit, the well-traveled pass-catcher averaged 21.1 yards per catch last season with Dallas. That season also marked a new career high in yards (317) and matched his previous watermark for touchdowns (3). 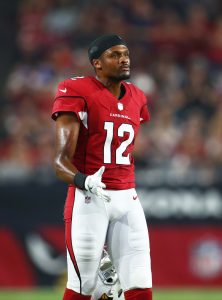 Butler averaged 21.1 yards per catch last season with the Cowboys and parlayed that work into a two-year Arizona deal. He did not end up making the Cardinals’ 53-man roster, though, and returned to the Cowboys as roster depth for a shaky receiving corps. Earlier this week, the Cowboys put him back on the curb after trading for Amari Cooper.

The Jets recently brought Rishard Matthews into the fold and he could serve as one of their top three receivers when they face the Bears on Sunday. Jermaine Kearse, Andre Roberts, Charone Peake, and Deontay Burnett round out the WR depth chart, but one of the latter two could be displaced in favor of Butler.

Brice Butler‘s latest Cowboys stint will end as a result of the franchise’s Amari Cooper acquisition. The Cowboys informed Butler they intend to release him, Jane Slater of NFL.com tweets.

The veteran wide receiver rejoined the Cowboys this year after a Cardinals signing did not work out. He played in one game thus far this season and did not catch a pass.

The well-traveled pass-catcher averaged 21.1 yards per catch last season and parlayed that work into a two-year Arizona deal. He did not end up making the Cardinals’ 53-man roster, though, and returned to the Cowboys as roster depth for a shaky receiving corps.

Having begun his career with the Raiders as a seventh-round pick, Reggie McKenzie traded Butler to the Cowboys prior to the 2015 season. He played three seasons in Dallas.