Chris Harris won’t return for the Broncos this season. The Broncos will place Harris on injured reserve and sign fellow cornerback Craig Mager to replace him, according to Ryan O’Halloran of the Denver Post (on Twitter). 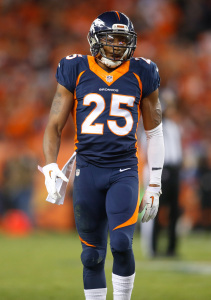 Harris, 29, suffered a fractured fibula on Dec. 2, but the team wanted to keep its options open in case he would be needed for the playoffs. At 6-8, the Broncos have been mathematically eliminated from contention, so there’s little reason to put Harris in harm’s way.

The Broncos have every reason to believe that Harris will be ready to go for offseason activities in the spring. He’s somewhat close to full health already and he managed to bounce back from a torn ACL in record time earlier in his career. The cornerback tore his ACL against the Chargers in a 2013 divisional playoff game, but managed to play in the 2014 season opener.

The Broncos wrap up their season with games against the Raiders and Chargers.