The Titans are re-signing offensive lineman Kevin Pamphile, per Tom Pelissero of the NFL Network (via Twitter).

The 28-year-old lineman signed with Tennessee last March, but his season ended early, as he was placed on IR in September. Still, he is one year removed from being a full-time starter with the Bucs, and his ability to line up at tackle or guard does make him an appealing depth option if nothing else.

Pamphile started two games at tackle for the Titans last season before succumbing to injury. 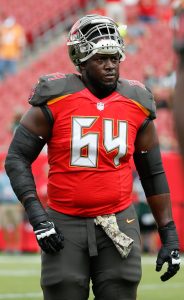 Pamphile, 27, has been a full-time starter over the past two seasons, and last year played 70% of Tampa Bay’s offensive snaps, third among Buccaneers offensive linemen. Additionally, while Pamphile is typically a guard, he does offer the ability to play all five positions along the offensive line.

That versatility could be attractive to the Titans, as Pamphile could fill in at tackle or center if a need arises. Indeed, it’s possible Tennessee views Pamphile as a temporary replacement for right tackle Jack Conklin, who suffered a torn ACL in January and could be sidelined for the start of the regular season. At guard, Pamphile’s natural position, the Titans appear set with the recently re-signed Josh Kline in addition to Quinton Spain, who was tendered at the original round level as a restricted free agent.

Before landing with Tennessee, Pamphile also received preliminary interest from the Vikings, but never set up a visit with Minnesota.