Tight end Ben Watson agreed to a one-year deal with the Saints, Adam Schefter of ESPN.com tweets. This marks a return for Watson, who spent 2013-2015 with New Orleans. 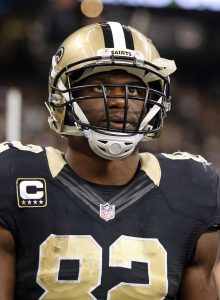 The Saints tried to facilitate a more ambitious tight end reunion this offseason by pursuing Seahawks free agent Jimmy Graham. That didn’t pan out, but they have managed to add experience at the position at a cheaper rate by signing Watson.

Watson had 61 catches for 522 yards and four touchdowns in 16 games with the Ravens last season, demonstrating that he’s still productive, even in his old age. The veteran turned 37 in December.

Watson’s 2015 season with the Saints was the best of his long career. In that campaign, he set career-highs in receptions (74), yards (825), and touchdowns (six) while catching passes from Drew Brees.

The 2004 draft product will now compete with Coby Fleener for the starting role and he may have the edge after Fleener managed just 22 catches last season. Josh Hill, Michael Hoomanawanui, and Garrett Grayson fill out the club’s tight end depth chart.