In case you haven’t heard, the Giants are on the lookout for wide receiver help. On Wednesday, the Giants worked out a host of potential replacements, including Philly Brown, Demarcus Ayers, Kalif Raymond, Jeremy Ross, and Canaan Severin.

Of course, no one in the group offers the same name value as injured stars Odell Beckham Jr. and Brandon Marshall. But, here in mid-October, options are limited. Brown, a former standout at Ohio State, may offer the most potential of anyone in the group. He had 31 catches for 447 yards and four touchdowns in 2015 for the Panthers, though his yards-per-catch average dipped sharply in 2016.

If Sterling Shepard cannot go in Week 6, the Giants will have only Roger Lewis, Travis Rudolph, Tavarres King, and Ed Eagan at wide receiver.

The Cardinals are re-signing kick returner Jeremy Ross to a one-year deal, as Adam Caplan of ESPN.com tweets. Ross appeared in two games for the Cardinals after joining the team late in the 2016 season. 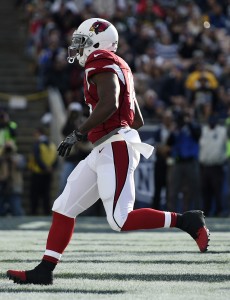 Ross was initially brought aboard for depth after the release of Michael Floyd. After returning eleven kicks for 224 yards, the Cardinals want to see more from him this offseason. The soon-to-be 29-year-old has bounced around quite a bit in the professional ranks, so he’s probably hoping to stick with Arizona for a while. Ross has previously appeared in games for the Packers, Lions, Raiders, Ravens, and Jets.

In other Cardinals news, linebacker Kevin Minter says he’d like to return to the team but is also intrigued by the idea of reuniting with Todd Bowles on the Jets. Meanwhile, the Cardinals are reportedly not interested in signing Jay Cutler as Carson Palmer‘s backup.

Early Monday morning, Michael Floyd was arrested on DUI charges. Less than 72 hours later, he’s out of work. The Cardinals announced that they have released the wide receiver. 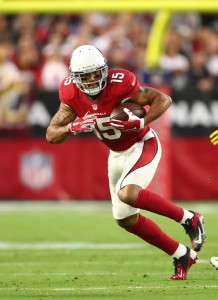 At this stage of the offseason, all released players are subject to waivers. Floyd was considered a promising talent in the not-too-distant past and it stands to reason that he could be claimed. He is slated to hit the open market after the season, so there could be several teams interested in bringing him in for a low-risk three-game audition.

The Cardinals are on the hook for Floyd’s Week 15 salary, so any team claiming him will be responsible for just two weeks of his pay. Floyd gets $430/K per week on his $7.32MM salary, so claiming him would cost $861K.

So far this year, Floyd has 33 catches for 446 yards and four touchdowns. Once regarded as the heir apparent to Larry Fitzgerald in Arizona, Floyd has slipped down the depth chart in the last couple of years.

In an interview yesterday, coach Bruce Arians indicated that he wanted to sternly punish Floyd but he could not go as far as he wanted to because of restrictions in the collective bargaining agreement. It now seems like the Cardinals have figured out their workaround.

The Jets announced that they have waived running back C.J. Spiller and wide receiver Jeremy Ross. Spiller was handed a pink slip after recording two carries for five yards last night. He is now seeking his fourth team this year.

Spiller was signed on November 1st, moments after the Jets claimed Knile Davis off waivers from the Packers. To sign Spiller, the Jets bounced Davis, making his stay in New York just three hours long. Spiller only got a month-and-change, but that’s a reminder things could have been worse for him.

The 29-year-old started the campaign with the Saints and he was quickly signed by the Seahawks following his release by New Orleans. The former first-rounder only had three rushes for nine yards during his two-game tenure in Seattle, and he added another five catches for 43 yards and a touchdown. Not long ago, Spiller was viewed as a starting-caliber back. Now, it’s not clear if he has a place in the NFL.