Veteran wideout James Jones was surprised when the Packers notified him that he wouldn’t be back in 2016. As ESPN.com’s Jason Wilde writes, the receiver expected to return to Green Bay even despite the talented receiving corps.

“I wasn’t mad that they didn’t bring me back, but I was surprised,” the wideout said. “Me and Mike [McCarthy] had a very good conversation at the end of the year after we had lost to Arizona and I kind of felt like, ‘OK, cool, I’m going to be back.’ Whether it’s [a] one-year [deal], whether it’s two years, I felt like Mike was going to bring me back. But he didn’t.”

While Jones isn’t rooting for any of his former teammates to get injured, he acknowledged that he’d gladly return to the team should the need arise.

Let’s check out some more notes from the NFL…

10:46am: Terrance Knighton will not be returning to Washington, either, it seems.

“Thank you DMV for embracing me this year. Had a lot of fun on this years playoff run. The Pot Roast train has been told to move on!,” Knighton tweeted.

Last offseason, Pot Roast was expected to net a sizable deal but wound up having to settle for a one-year, $4MM pact from Washington. The six-year veteran was an integral part of a Broncos team that had the league’s second-best run defense in 2014, and Pro Football Focus (subscription required) rated Knighton 12th among 81 qualifying D-tackles. This past season, he graded out as only the 58th best interior defender in the league, per PFF.

10:14am: Washington informed fullback Darrel Young that they are going in another direction and will not re-sign him, a source tells Mike Jones of The Washington Post (on Twitter). To date, Young has spent all six of his NFL seasons with Washington. 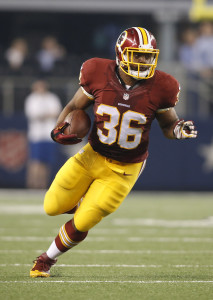 Young has established himself as one of the best lead blocking fullbacks in the NFL and is known to be a quality pass-catcher out of the backfield. Last season, however, Young saw his role in the offense decrease. When Jay Gruden first arrived in Washington in 2014, he was insistent that he would utilize Young’s abilities even though he historically has not used fullbacks in his offenses.

“I didn’t have Darrel Young in Cincinnati. If I had him, I would have used him,” Gruden said.

Washington has also cut defensive end Jason Hatcher, a source tells Jones (on Twitter). As Master Tesfatsion of The Washington Post notes (on Twitter), Hatcher penned a farewell message to the organization on Instagram. In the message, Hatcher intimated that he will not be retiring and will seek out another NFL opportunity.

Hatcher was slated to count against the cap for $8.7MM in 2016, so his release will give the team some significant breathing room this spring.

49ers GM Trent Baalke confirmed today that the team wants to extend the contracts of wide receiver Michael Crabtree and guard Mike Iupati, tweets Cam Inman of the Bay Area News Group. Baalke added that he hasn’t decided when the time will be to stop negotiations if no deal has been reached, which suggests that discussions are ongoing. We’ve examined both Crabtree and Iupati as part of our Extension Candidate series.

Let’s round up a few more items from around the NFC….