The Falcons announced the signing of three players on Tuesday afternoon. They have added fullbacks Derrick Coleman and Soma Vainuku plus guard Hugh Thornton. 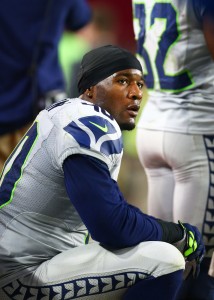 Prior to today, the Falcons didn’t have any fullbacks on the roster, so Coleman and Vainuku now make up their entire FB depth chart. Of course, when all is said and done, they could carry just one fullback, or possibly none if they do not care about prioritizing lead blocking. The Falcons lost one of the league’s best fullbacks this offseason when Patrick DiMarco signed with the Bills in free agency.

You might remember Coleman from his time with the Seahawks. An alleged hit-and-run incident in 2015 kept him out of football in 2016, but he avoided jail by agreeing to 240 hours of community service plus 12 months of community supervision. Although he is out of the woods in terms of legal trouble, he still has to serve a four-game NFL suspension. We had him ranked as one of the best remaining fullbacks on the board heading into Tuesday.

Thornton, 26 in June, started 32 games for the Colts from 2013-2015. The former third-round pick has been held back by injuries and has not seen regular season action since December 2015.

The Texans issued a press release this afternoon, confirming three draft pick signings that had been previously reported. The team has yet to lock up its top three picks, but has secured fourth-round running back Tyler Ervin, fifth-round safety K.J. Dillon, and fifth-round defensive lineman D.J. Reader.

In addition to signing those draftees, the Texans also announced that they’ve added 15 undrafted free agents to their 90-man roster, supplementing their modest six-man draft class. Here are the 15 UDFAs currently on Houston’s roster: