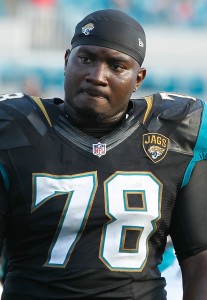 Bradfield, who will turn 29 in September, was part of a contingent that auditioned for Dallas at the beginning of June. It’s entirely possible that the Cowboys are simply adding Bradfield as a camp body, as the club famously has one of the best offensive lines in the league. Three members of the club’s front five — left tackle Tyron Smith, center Travis Frederick, and right guard Zack Martin — earned second-team All Pro honors last season. Right tackle Doug Free, meanwhile, is no slouch, and left guard La’el Collins was considered a first-round prospect before unfounded legal issues caused him to go undrafted in 2015.

The Cowboys also have enviable depth up front, as the club boasts veterans Ronald Leary (who could be traded) and Joe Looney on the interior, and former third-round pick Chaz Green at tackle. Bradfield, though, has his own merits, though he didn’t appear in the NFL last year. Bradfield has played in 41 games (27 starts) during his career, and was a starter for the Jaguars from 2013-14. He’s bounced around the past few seasons, and most recently inked a futures deal with the Cardinals before being waived at final cutdowns last year. 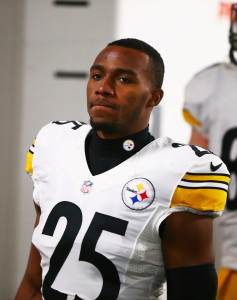 We’ll keep track of the New Year’s Day transactions right here, with the latest moves being added to the top of the post:

The Falcons will welcome back one player today, but they’re also parting ways with another. ESPN’s Adam Caplan reports (via Twitter) that the team has activated safety William Moore from the injured reserve-designated for return list. To make the necessary space, Atlanta waived veteran offensive lineman Cameron Bradfield.

It’s been a tumultuous 2014 for Bradfield, who re-signed with the Jaguars in March after having spent his first three seasons in Jacksonville. He started the first two games this season, and while Pro Football Focus’ advanced metrics (subscription required) did not rate him favorably, he wasn’t the weakest lineman on the squad. Regardless, the tackle was cut in mid-September, and he was picked up by the Falcons two weeks later. The 27-year-old did not play a single snap for Atlanta.

Moore was placed on the short-term IR in September and was subsequently replaced in the lineup by Kemal Ishmael. The veteran safety led the Falcons defense in snaps last season, and PFR consistently ranked him among the better defenders on Atlanta. The 29-year-old signed a five-year contract worth $32MM in early 2013.

The Patriots worked out four players on Friday, reports Mike Reiss and Field Yates of ESPNBoston.com.

They are likely only looking at these players as practice squad candidates, but the team has made a habit of bringing in these players each week.

The Cardinals also brought in a semi-big name in the recently released offensive tackle Cameron Bradfield, according to Yates (via Twitter). Bradfield started the first two games of this season for the Jaguars, but struggled mightily to protect Chad Henne. The team gave up ten sacks to the Redskins’ defense this past Sunday.

None of these players were signed as of Friday evening.

1:29pm: In addition to waiving Bradfield, the Jaguars have also placed tight end Marcedes Lewis on injured reserve with the designation to return, tweets John Oehser of Jaguars.com. The moves opened up two spots on the club’s 53-man roster, which Jacksonville filled by signing wideout Tavarres King from the Panthers’ practice squad and promoting tight end Marcel Jensen from the Jags’ own practice squad (Twitter link).

12:48pm: A week after their offensive line allowed Chad Henne to be sacked 10 times by the Redskins, the Jaguars are making some changes. According to Ryan O’Halloran of the Florida Times-Union (via Twitter), the team has cut starting right tackle Cameron Bradfield.

Bradfield, who turned 27 on Sunday, didn’t have a great birthday — according to Pro Football Focus (subscription required), he was responsible for two of the 10 sacks on Henne, and also allowed three additional quarterback pressures. The -5.1 grade for the game, on top of Week 1’s -2.5 mark, made him one of the league’s worst tackles through two weeks, per PFF. Unfortunately, that’s nothing new for the Grand Valley State product. His -29.1 mark in 2013 made him a bottom-five tackle in the NFL, out of 76 qualified players at the position.

The Jaguars inked Bradfield to a two-year contract extension in March, so they’ll be on the hook for a little dead money as a result of the move. However, that contract didn’t include a signing bonus, so the effect on the club’s 2015 cap will be limited. Sam Young and Austin Pasztor are among the in-house candidates to replace Bradfield at right tackle, and the team will also have an open roster spot to add another player, though it remains to be seen if that will be another lineman.