Thursday will mark a pivotal moment in Colin Kaepernick’s collusion case against the NFL, as Charles Robinson of Yahoo Sports writes. Arbitrator Stephen Burbank will meet with lawyers representing the NFL and the former 49ers quarterback to determine whether his case moves forward. If Burbank sides with Kaepernick, a hearing will take place and the QB’s team could press for even more discovery or depositions in an effort to prove its case.

Even if Kaepernick loses in this round, his legal team could still believe it has the necessary evidence to take President Donald Trump to federal court. That’s seen as a last-ditch effort for Kaep, so a victory on Thursday could lessen the chances of that battle taking place. 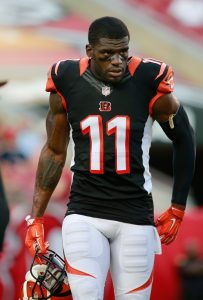 Seahawks linebacker K.J. Wright is entering the final year of his contract and is quietly hoping for an extension.

“I want to be here, of course,’’ Wright said (via Bob Condotta of The Seattle Times). “The Seahawks know that. Whatever they want to do, they’ll do. It’s my job to be the best that I could be, to make sure that K.J. and this defense is good. They know what it is and let’s get something done.”

Wright is set to earn $7.2MM this offseason before reaching unrestricted free agency. With his 30th birthday coming on July 23, he recognizes that this could be his last chance at a big payday.

Wright has certainly earned a new contract with his on-field performance in recent years. Last year, he racked up 108 total tackles and an interception as he started in all 15 of his games. Last year, he ranked as Pro Football Focus’ No. 18 ranked linebacker and has routinely been a top-20 LB per the advanced metrics since becoming a full-time starter in 2012.

Expanding on the subject, Pro Football Talk’s Mike Florio recounts that the “Seahawks were planning to bring in the quarterback for a workout, but the team canceled the session when Kaepernick declined to commit to stand for the national anthem.”

Despite the case, Carroll has not closed the door on the former 49ers quarterback joining the team. As Florio writes, however, “It would be awkward, to say the least, for Kaepernick to sign with Seattle after his lawyers questioned Schneider and Carroll under oath…”

Seattle is still the only team to have brought Kaepernick in for a visit since hitting free agency after the 2016 season. This long saga still appears to be far from a conclusion.

JANUARY 12: In addition to confirming the signing of Boykin, the Bills also announced today that they’ve signed former second-round pick Greg Little to a reserve/futures contract. Both wideouts worked out for Buffalo in December.

Little racked up 61 catches in his rookie season, but has seen his production decline sharply since then. He caught six balls with the Bengals in 2014 and didn’t record a single reception in 2015, having been cut by Cincinnati in October.

JANUARY 6: The Bills have signed wide receiver Jarrett Boykin, according to agent Blake Baratz (Twitter link). Because Buffalo’s season is over, the deal will be a reserve/futures contract, which goes into effect once the new league year begins. 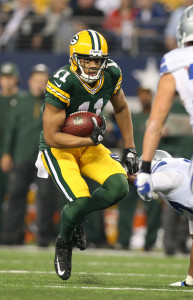 Boykin, 26, had a productive run during the 2013 season when Green Bay’s receiving depth was hit hard by injuries. Subbing in for Randall Cobb and other sidelined players, Boykin accumulated 49 receptions for 681 yards and three touchdowns. However, he returned to a very part-time role in 2014, catching just three balls on the year.

The Panthers picked up Boykin as an unrestricted free agent last March, but opted not to carry the young wideout on its regular-season roster, cutting him in September. Since then, Boykin has gone an AFC East tour of sorts, working out for the Patriots, Jets, and Bills at various times this season.

Given the upside he showed in 2013, Boykin figures to get the opportunity to earn a spot on the Bills’ regular-season roster next season.