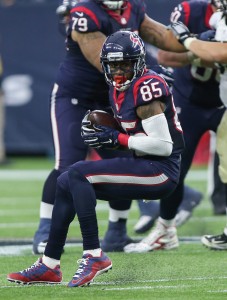 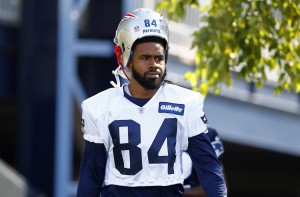 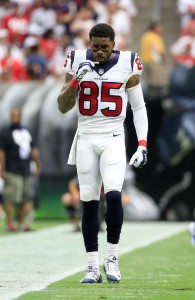 3:13pm: The Texans have signed Washington to a one-year, minimum salary benefit contract which includes a $30K signing bonus, tweets John McClain of the Houston Chronicle.

3:03pm: The Texans have added another free agent wide receiver to their roster, according to Albert Breer of the NFL Network, who reports (via Twitter) that veteran Nate Washington is signing with the team.

In the wake of releasing longtime Texan Andre Johnson, Houston has added a pair of free agent wideouts, signing Washington to go along with Cecil Shorts. Both players are familiar to the Texans, having come from AFC South rivals — Washington last played for the Titans, while Shorts came to Houston from Jacksonville.

Heading into his age-32 season, Washington won’t be expected to post big numbers for the Texans. However, he should bring veteran experience to the team’s receiving corps, and figures to play the role of a reliable possession target, while Shorts could see a few more deep balls.

Having spent six years with the Titans, Washington averaged over 50 catches per season in Tennessee. During the 2014 campaign, he saw just 72 targets, his lowest mark since joining the club, as Kendall Wright and Justin Hunter took on larger roles. Washington caught 40 balls for 647 yards and a pair of touchdowns during his final year in Tennessee.

Washington and Shorts will complement up-and-coming No. 1 wideout DeAndre Hopkins in Houston in 2015, providing plenty of receiving options for whichever quarterback wins the team’s starting job. Brian Hoyer and Ryan Mallett are expected to compete for the role, with Tom Savage also in the mix.

Titans‘ wide receiver Nate Washington was rumored to be available at the trading deadline, and he knows that he could be playing in the last eight games with the team, according to Jim Wyatt of the Tennessean. “To be quite honest, I love Tennessee. I love the city, and I love the people. Would I love to retire here? Of course I would,” Washington said. “My family is here and we’ve kind of made this our home. But I can’t lie – some of those things run through your mind.” Washington is in the last year of a six year deal he signed with the Titans in 2009.