The Redskins have agreed to sign offensive lineman Mike Liedtke, according to agent Brett Tessler (Twitter link). The 28-year-old was non-tendered by the Bucs earlier this year, making him a free agent. 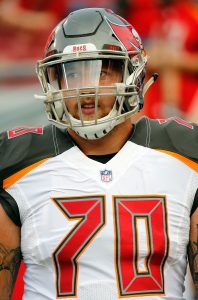 The deal marks Liedtke’s sixth NFL stop, though it’s his first in the NFC East. The 28-year-old spent 2016-2019 with the Bucs, bouncing between the active roster and practice squad. In 2018, he suited up for a career-high nine. He missed the entire 2019 campaign thanks to shoulder surgery, but he was reportedly near 100% health at the time of the non-tender in March.

Liedtke went undrafted out of Illinois State in 2015 but went on to spend time with the Dolphins, Chiefs, Jets, Browns, and Bucs. With the Redskins, he’ll try to find a spot behind Brandon Scherff, Morgan Moses, Wes Schweitzer, and the rest of the O-Linemen in D.C.

Without Trent Williams on the field last year, the Redskins’ front five surrendered the fifth-highest sack total in the NFL. Now, after trading Williams in San Francisco, they’ll have to find ways to protect the pocket and create running lanes with what they’ve got. Fourth-round tackle Saahdiq Charles may help on the outside, though he’ll have to work on his overall strength before making a dent at the pro level.

Liedtke has been with the Buccaneers organization since 2016, bouncing between the active roster and practice squad. He appeared in a career-high nine games for Tampa Bay in 2018. He missed the entire 2019 campaign thanks to shoulder surgery, but Greg Auman of The Athletic tweets that the 28-year-old is “almost fully recovered.”