The Bucs are calling safety Isaiah Johnson up from the practice squad, per a team announcement. It’s likely a sign that T.J. Ward will not be able to go Thursday night versus the Patriots. 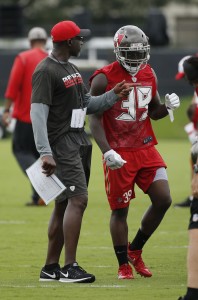 Johnson originally joined the Buccaneers as a UDFA free agent last offseason and spent the 2016 season on Tampa Bay’s taxi squad. A spot was opened up for him on the 53-man roster when the Bucs cut Jacquies Smith on Wednesday.

Ward, 30, missed the Bucs’ previous game against the Giants with a hip injury and he apparently needs more time to recover. In his two games, Ward has amassed seven total tackles and rates as Pro Football Focus’ 22nd ranked safety.