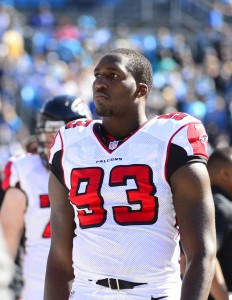 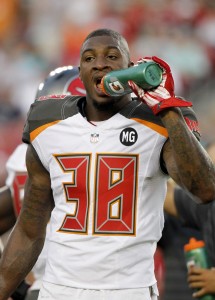 The NFL offseason hasn’t yet officially begun, but clubs are still making small moves as they wait for the beginning of the new league year. Let’s dive into the latest:

Falcons Waive Six, Roster Down to 68

The Falcons cut a pair of quarterbacks yesterday in Rex Grossman and T.J. Yates, but that wasn’t the end of the organization’s moves. Atlanta’s website announced that the team had waived six other players:

The Falcons roster is now down to 68 players. The team acquired Andy Levitre from the Titans yesterday, requiring them to cut an additional player.

THURSDAY, 7:40am: Vaughn McClure of ESPN.com passes along contract details for Matthews and DiMarco, noting that both players signed two-year deals with minimum salaries in each season. DiMarco’s new pact includes a $75K signing bonus.

DiMarco, 25, has been with the Falcons since 2013, having previously spent time with the Chiefs and Chargers. During his two years in Atlanta, he’s started 14 games, catching 17 passes for 111 yards and one score. DiMarco saw 214 snaps last season, but graded out negatively according to Pro Football Focus (subscription required). He’s currently the only fullback on the Falcons’ roster.

Matthews saw even fewer snaps than DiMarco in 2014 (116), but he was an important factor on special teams, where he added three tackles. Like DiMarco, Matthews is a South Carolina alum — the latter was originally selected by Atlanta in the sixth round of the 2011 draft. Earlier today, we heard the Falcons were still evaluating which players fit their new scheme before making any transactions, so it seems like they’ve determined Matthews could mesh with new head coach Dan Quinn’s unit.

Williams, meanwhile, went undrafted in 2013 out of UConn, and went on to sign with Washington. He played in five games during his rookie season, acting as both a receiver and return man. His value in Atlanta will likely come on special teams duty.