The Buccaneers have re-signed defensive back Javien Elliott, reports ESPN’s Field Yates (via Twitter). Elliott was set to become an ERFA, and Greg Auman 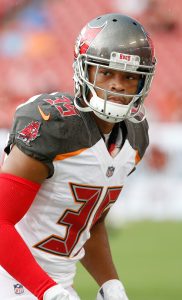 of the Tampa Bay Times tweets that the team only had to offer a one-year, minimum-salary deal.

The 2016 undrafted free agent out of Florida State has been with Tampa Bay for the past two years. After appearing in six games as a rookie, Elliott appeared in 15 games games (one start) in 2017, collecting five tackles. Since he only played 130 snaps, Elliott wasn’t included in Pro Football Focus‘ ranking of NFL cornerbacks, although his rating indicates that he would be listed in the 80-90 range (among 120 candidates).

The 24-year-old has an opportunity to be one of Tampa Bay’s top reserve backs in 2018. Besides projected starters Vernon Hargreaves and Ryan Smith, the Buccaneers are also rostering David Rivers and Reese Fleming. 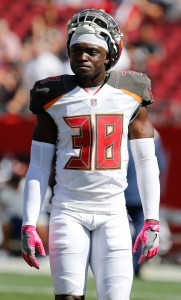