Mychal Kendricks‘ 49ers stay looks set to be brief. The team placed the veteran linebacker on IR Tuesday. Kendricks will no longer be eligible to suit up with San Francisco this season. The team also released cornerback B.W. Webb.

The recently signed linebacker is battling turf toe, an injury he sustained while playing in the 49ers’ second preseason game. The 49ers signed the veteran defender just last week, after he impressed during a workout. This marks another health setback for Kendricks, who suffered an ACL tear late in the 2019 season and saw his 2018 season end due to a broken leg.

Kendricks could play this season, but the 49ers would need to cut him from their IR list — which appears likely — via an injury settlement. However, the nine-year veteran’s run of bad injury breaks will limit his appeal. The 49ers had reached a unique arrangement, signing Kendricks to play for former teammate DeMeco Ryans, who is now the team’s defensive coordinator. This would be Kendricks’ age-31 season. He has played with Philadelphia, Seattle and Washington.

Webb caught on with San Francisco earlier this month as well but did not impress enough to make it past Tuesday’s second cutdown deadline. The 31-year-old veteran has not played since the 2019 season and has never played for the same team in back-to-back years. The 49ers were his 10th NFL stop.

Webb last played for the Bengals in 2019, when he started 12 games. The slot corner also worked as a primary starter in 2018, lining up as a Giants first-stringer in 13 contests. 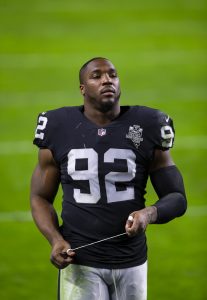