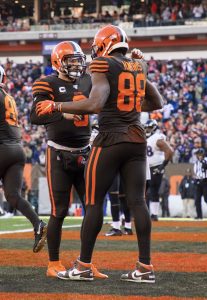 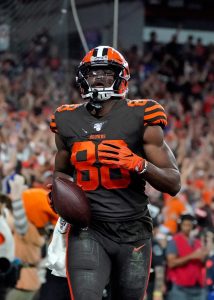 The Browns have reached a two-year agreement with former Chiefs tight end Demetrius Harris, according to Adam Schefter of ESPN.com (Twitter link). 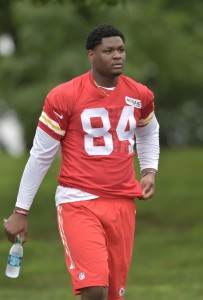 Harris was a basketball player at the University of Wisconsin-Milwaukee, but NFL teams were intrigued by his 6’7″ stature. He signed with the Chiefs in 2013 as an undrafted free agent, but didn’t see the field until the 2015 campaign. Harris saw regular action in each of the past three years, missing only one game during that time, but he wasn’t a key factor in Kansas City’s offense, as he averaged only 15 receptions and 170 yards in that span. A major contributor on special teams, Harris played on more than 80% of the Chiefs ST snaps a year ago.

A.J. Bouye‘s staggering rise from unknown RFA to one of the most coveted UFAs on this year’s market did not come completely unbeknownst to the Texans. Houston offered its undrafted gem a multiyear contract in 2016 at a “significant raise,” but Bouye opted to bet on himself, Peter King of TheMMQB.com reports. Bouye signed the low-end RFA tender last March, worth $1.67MM, setting up his dominant breakout campaign. His market is set to be north of $12MM per year as Day 2 of the legal tampering period gets underway, and while the Texans are in on it, they could lose him to a division rival.

Here’s more from around the league with free agency barely a day away.