Although the Colts met with free agent running back Jay Ajayi this week, there’s no deal imminent between the two parties, per Ian Rapoport of NFL.com (Twitter link). However, Indianapolis does plan to continue talking with Ajayi, which suggests it could look to sign the ex-Eagle down the line. Ajayi, 25, is arguably the best back still available on the open market after Le’Veon Bell, Tevin Coleman, and Mark Ingram came off the board during the first week of free agency. The Colts don’t necessarily need another running back given their depth chart already includes Marlon Mack, Jordan Wilkins, and Nyheim Hines, but Ajayi could give the club another dimension in the backfield. 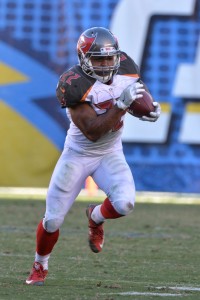 Martin, 28, was handed a four-game PED suspension near the tail end of the 2016 season, so he was able to serve one game of that ban last year. Because the Buccaneers’ Week 1 game was postponed due to weather concerns, Martin is just now finishing up his stay on the suspended list. The ban voided the remaining guarantees on Martin’s contract, and Tampa Bay hasn’t promised that Martin will reclaim his starting job when he returns.

But the Buccaneers’ rushing offense has faltered enough through three games that it’s difficult to imagine Martin not taking the bulk of the carries immediately. Jacquizz Rodgers, Peyton Barber, and Charles Sims have handled the ball for Tampa Bay so far, but the club ranks just 22nd in rushing DVOA and is averaging only 3.8 yards per carry.

Through five NFL seasons, Martin has posted only two campaigns that can be considered successful — 2012 and 2015, when he topped 1,400 yards rushing and scored 17 combined touchdowns. The rest of his pro years have been lackluster, as Martin wasn’t able to top even 500 yards in either 2013, 2014, or 2016. He’s signed through 2020, but the Buccaneers can get out of Martin’s contract at any time.

In the wake of his second DUI arrest since 2013, the Buccaneers have cut tight end Austin Seferian-Jenkins, per a team announcement. To take Seferian-Jenkins’ roster spot, the Bucs have promoted fellow tight end Alan Cross from their practice squad. 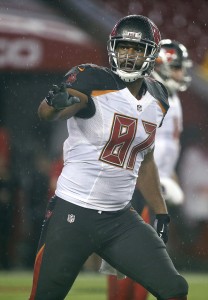 Seferian-Jenkins brought an end to his short and disappointing Tampa Bay tenure Friday with a 4 a.m. ET arrest. The 23-year-old is now facing two misdemeanor charges – one for DUI and another for violating the Ignition Interlock Device restriction from his prior arrest, which came while he was attending the University of Washington.

Despite his previous run-in with the law, the Buccaneers chose Seferian-Jenkins in the second round of the 2014 draft, picking him 38th overall. Seferian-Jenkins was unable to live up to that selection in Tampa Bay, where he battled injuries and posted underwhelming production. The 6-foot-6, 250-pounder appeared in just 16 total games in his first two seasons and made 12 starts, combining for 42 receptions on 77 targets to go with 559 yards and six touchdowns. Seferian-Jenkins registered three catches, 44 yards and a score in the Buccaneers’ first two games this year, but he didn’t start in either contest.

Given his youth and draft pedigree, someone could claim Seferian-Jenkins on waivers, though his legal troubles cloud the picture. Regardless of what lies ahead for him, Tampa Bay will move on at tight end with Cameron Brate, Luke Stocker, Brandon Myers and Cross.