The car accident that resulted in Dolphins rookie Kendrick Norton needing to have one of his arms amputated at the scene led to the team waiving him Sunday.

The Dolphins announced they waived the defensive tackle with an non-football injury designation. Norton, 22, will not play football again, but this transaction will allow him to collect a rookie salary from the Dolphins. He will revert to the team’s reserve/NFI list.

Norton caught on with the Dolphins in December 2018, when the team signed him off of the Panthers’ practice squad.

“I realize that I will not be able to play for anyone,” Norton said, via CBS 4 Miami. “We are working past that, you know. That reality is sinking in. I am alive and I am grateful.”

Insurance from the NFL and Dolphins will pay for Norton’s medical expenses. The Jacksonville, Fla., native, chosen in the seventh round of the 2018 draft, was released from the hospital this week.

Defensive tackle Kendrick Norton was involved in a “serious car accident,” according to an announcement from the Dolphins. The 22-year-old had to have his arm amputated at the scene of the crash, Andy Slater of 640 AM (on Twitter) hears. It’s unlikely that Norton will play football again, though his life is not believed to be in danger. 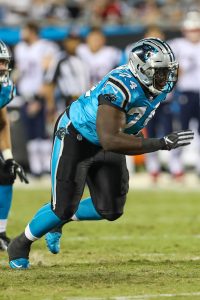 Norton, a University of Miami product, entered the league as a seventh-round pick of the Panthers in 2018. Last December, the Dolphins signed him off of Carolina’s practice squad, but he has yet to appear in an NFL game.

Norton spent three years at the U of M, racking up five sacks and 18 tackles for a loss during his time there. Athleticism, and fighting, is in his blood – he’s the son of Seahawks defensive coordinator Ken Norton and the grandson of former heavyweight champion Ken Norton Sr.

Our thoughts and prayers are with Norton and his family.

The Panthers’ quarterback situation behind Cam Newton is rather thin. They’ve added a notable player to that mix. 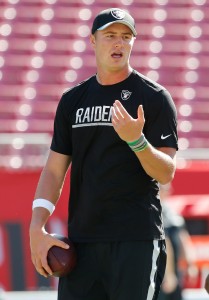 The Raiders waived Cook last weekend, and the former Michigan State prospect passed through waivers unclaimed. He worked out for the Jets and Panthers this week and will now venture to Charlotte and attempt to revive his career there.

Taylor Heinicke is the only quarterback behind Newton on the Panthers’ active roster. A former UDFA, Heinicke’s played in one game and attempted one pass. The Panthers now have two quarterbacks on their practice squad, with Cook joining Kyle Allen.

Cook failed to sufficiently impress new Raiders coach Jon Gruden, who’s jettisoned many players from recent Reggie McKenzie drafts. The third-year player’s only start came in a 2016 wild card game, after the Raiders lost both Derek Carr and Matt McGloin to previous injuries. He struggled badly in Oakland’s loss to Houston that day and could not solidify his spot with the new Raiders regime.