After a season that saw the Jets start four different quarterbacks throughout the year, general manager Joe Douglas knows that New York has “a lot of work to do” at the position, according to Connor Hughes of SNY. Of the four passers who started games for the Jets this season, only second-year starter Zach Wilson and practice squad quarterback Chris Streveler are set to return to New York in 2023, after Streveler was announced to have signed a futures contract earlier this week. Veterans Joe Flacco and Mike White, on the other hand, are set to hit free agency.

Wilson was benched midway through the season and saw White take over starting duties. When White was injured, Wilson took over as the primary backup but was soon relegated back to the bench as White got healthy and Flacco started the season finale. Despite rumors that the Jets could move on from Wilson in the offseason, Douglas iterated that New York has “never been a team that has given up on talent early.” Hughes claims that the team expects to continue to work with Wilson moving forward. As for Wilson’s chances of starting, Douglas washed his hands of the decision, deferring the call to head coach Robert Saleh, according to ESPN’s Rich Cimini.

Cimini also noted last week a comment from then-offensive coordinator Mike LaFleur, who speculated that it “would’ve benefited” Wilson to allow him to sit and learn from a veteran. Unfortunately, when the team drafted Wilson, they had no such veteran. White had no NFL experience at the time, despite having been in the league for three years, and the only other quarterback on the roster was James Morgan. The team eventually brought in that experience, signing Josh Johnson late in that year’s training camp and trading midseason to bring in Flacco. LaFleur claimed he hasn’t done a good enough job of developing Wilson, saying that if any position player isn’t producing to the expected level, it’s a failure of the coach.

Wilson could potentially see his competition from this season return. White, who took the reins from Wilson this year, told Cimini that there is mutual interest in his return to the Jets from free agency. He also noted that situations change quickly in the league, hinting that he will keep his eyes open for other opportunities.

Here are a few other rumors from the Jets’ building as the franchise readies for the offseason:

The Jets signed former Buccaneers safety Jordan Whitehead early in free agency this offseason, hoping to pair him with last year’s free agent addition Lamarcus Joyner. They’ll depend on Whitehead to provide some consistency and a winning-pedigree to a position group that lacked both last season, according to Brian Costello of the New York Post.

Last year saw a revolving door at the safety position for New York. Joyner didn’t get the opportunity to help improve the group after suffering a Week 1 injury that would hold him out for the rest of the year. Marcus Maye, now with the Saints, also saw an early injury end his season after only appearing in six games. This left the Jets to rely on backups and depth players. Ashtyn Davis and Elijah Riley holdover from last year’s roster as the two safeties who started the most games last year, while reserves like Adrian Colbert, Jarrod Wilson, and Will Parks found themselves starting games for the Jets at some point during the season.

Now with a healthy Joyner and the newly-signed Whitehead, New York hopes to have a strong starting duo with last year’s starters, Davis and Riley, serving as experienced backups.

Here are a few other notes from Costello’s roster breakdown: 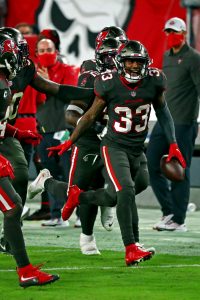 Tampa Bay drafted Whitehead in the 2018 fourth round, and he started 55 games for the team over the course of his rookie contract. The Bucs gave Carlton Davis a new deal but have opted to let Whitehead and M.J. Stewart leave from their homegrown secondary. Two years remain on Antoine Winfield Jr.‘s rookie pact.

Whitehead, a Pitt alum, forced two fumbles during the 2020 playoffs and stood out during the Bucs’ Round 1 win over the Eagles this past season. In 2021, Whitehead allowed a career-low 62.6 passer rating when targeted and yielded a career-low (by far) 8.6 yards per completion.

The Jets ranked last in both points and yards allowed in 2021, giving Robert Saleh a long way to go as he aims to elevate the team’s capabilities on this side of the ball. Reed and Whitehead represent nice steps here. The Jets have long been expected to part ways with Marcus Maye, who is a free agent after suffering an injury during his franchise tag season. 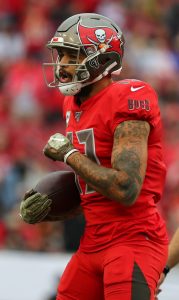