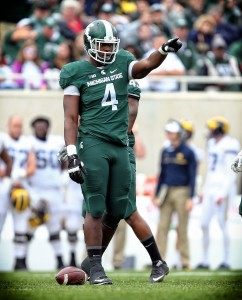 Seattle released a statement today indicating McDowell is currently undergoing care in Michigan. McDowell himself, meanwhile, tweeted that his injuries are not career- or life-threatening, and added that he expects to rejoin the the Seahawks soon.

Given that he’s unable to practice, McDowell has been placed on the reserve/did not report list, tweets Bob Condotta of the Seattle Times. To fill McDowell’s roster spot, the Seahawks have signed fellow defensive tackle Rodney Coe, per Condotta.

McDowell, a Michigan State product, was the Seahawks’ first selection in the draft and the No. 35 overall pick. Originally holding the No. 25 selection, Seattle traded down three times — acquiring a bevy of extra draft capital in the process — before picking up McDowell at the top of the second round.

A defensive tackle for the Spartans, McDowell had been expected to also play defensive end for the Seahawks. While Seattle is well-stocked along the defensive line, the club was surely hoping to see what it had its rookie interior defender in 2017. If McDowell is forced to miss his rookie campaign, defensive linemen such as Jarran Reed, Ahtyba Rubin, Dion Jordan, and Marcus Smith could see more playing time.