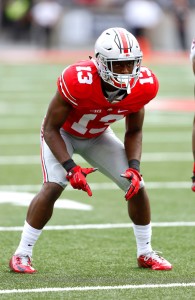 Mississippi receiver Laquon Treadwell says the Bengals, Browns, Bears, and Cowboys have shown interest in him, Mike Florio of PFT writes. The first-round prospect also identified “New York” as a team with interest, but it’s not clear if that’s in reference to the Jets or Giants. San Francisco, which owns the No. 7 pick in the draft, has been said to have interest in Treadwell.

While Jaguars GM Dave Caldwell appears confident that the team has improved its pass rush this offseason, it sounds like head coach Gus Bradley wouldn’t mind adding another pass rusher or two, as Ryan O’Halloran of the Florida Times-Union details. Caldwell pointed to Malik Jackson, Dante Fowler Jr., and Sen’Derrick Marks as three players capable of getting after the quarterback that essentially weren’t a part of last year’s team (in some cases due to injuries). Bradley, meanwhile, suggests that Jacksonville will keep an eye on pass rushers during and after the draft.

Here’s more from around the NFL’s South divisions: