The Broncos are playing a game they must win to keep their playoff hopes alive in a couple of hours, and are making a major change ahead of the game. 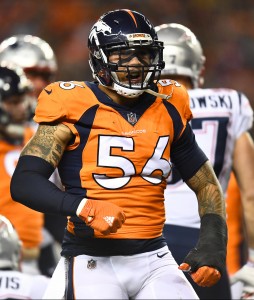 Outside linebacker Shane Ray and safety Su’a Cravens will be benched and be healthy scratches for the game against the Browns, a source told Mike Klis of Denver 9 News. Klis writes that the moves are “strictly a coach’s decision”, meaning embattled head coach Vance Joseph made the call. Ray was a first round pick of the Broncos back in 2015, and has mostly been a disappointment after a promising first two years. He’s battled various injuries and has just one sack this year, and the team declined his fifth-year team option earlier this year. He’ll be a free agent after the season, so it’s quite possible he’s played his last down in a Broncos uniform.

Cravens is in his first year with the Broncos after spending his first two years in the league with Washington. Cravens was a second round pick of the Redskins in 2016, but quickly had a falling out with the organization. The Broncos traded a couple of draft picks to acquire Cravens this past March, and he’s been a major disappointment. He missed most of the year with a knee injury, and Klis notes that he’s “struggled in coverage” since returning.

Both of the players had been seeing significant snaps on defense, so it’s a major shakeup. It feels like a last gasp for Joseph, as he seems almost certain to lose his job if the team misses the playoffs. There have been whispers in the past about Joseph losing the locker room, so it will be very interesting to see how these moves go over.

The Broncos will activate safety/linebacker Su’a Cravens off of the injured reserve list before the Saturday deadline, a source tells Ian Rapoport of NFL.com (on Twitter). Cravens is expected to play on Sunday against the Texans, giving the Broncos a glimpse at their offseason acquisition. 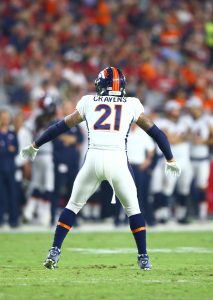 In March, the Broncos shipped a fifth-round pick to the Redskins for Cravens. The former second-round pick’s exit from Washington was strange, to say the very least. After a promising rookie campaign in 2016, Cravens abruptly announced his retirement prior to the 2017 season. He quickly reversed that decision, but the Redskins countered by placing him on the reserve/left squad list, barring him from playing last year.

This year, Cravens was sidelined by meniscus surgery. Fortunately, his IR stay gave him an opportunity to clamp down on his diet and exercise routine, and he says he’s lost ten pounds at the behest of coaches.

The Broncos recently lost backup safety Jamal Carter to a season-nullifying injury, so Cravens will have an opportunity to pitch in as both a safety and sub-package linebacker. If the Broncos are to climb out of their 3-5 hole, they’ll need all the help they can get.

Su’a Cravens To Return To Practice

The first player to be designated to return from injured reserve this season is one who hasn’t played since December 2016, but the Broncos are in dire need of any help they can get. 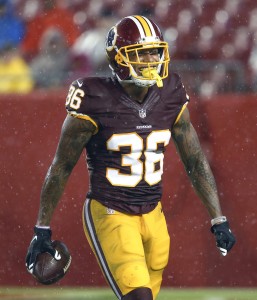 Su’a Cravens will return to practice this week after being stashed on IR prior to the season. He’s been cleared to return, per The Athletic’s Nicki Jhabvala (on Twitter), and Cravens tweets he’s on track to face the Texans in Week 9.

Having seen injury trouble (and a public dispute) lead to a controversial exit from Washington, Cravens stands in line to supply depth and coverage aid for the Broncos’ defense. Cravens said (via Jhabvala, on Twitter) he underwent surgery to repair a torn meniscus, and he’s down more than 10 pounds after Broncos coaches requested him to return as a leaner version.

Cravens can return to practice this week, and the Broncos have two weeks to decide if they want to activate him or keep him on IR throughout the season. It obviously can’t be assumed Cravens will return in Week 9, given his history, but this is a positive development for him.

Denver’s lost four straight and entered the season having lost backup safety Jamal Carter to a season-nullifying injury. The Broncos traded a fifth-round pick for Cravens in hopes he could help out as a safety and sub-package linebacker.

Lions offensive guard T.J. Lang is still in the concussion protocol after having suffered his sixth career brain injury, but the team is still expecting the veteran to be back at some point this season. The 31-year-old was even in the building last week helping the team prepare for their matchup against his former team, the Packers.

“He was in the room to be able to talk through some of the Green Bay stuff,” offensive line coach Jeff Davidson told Dave Birkett of the Detroit Free Press. “I try to talk to him about some of the personnel things that he knows. That’s the only thing I had to do as far as commenting on T.J. Looking forward to him going forward.”

The offensive lineman previously said that he’ll continue to play football as long as his body holds up. Lang has also dealt with back, ankle and shoulder injuries during his tenure in Detroit.

Su’a Cravens missed most of the Broncos’ training camp before returning for their final preseason game. A setback in that game led to the safety being placed on IR. 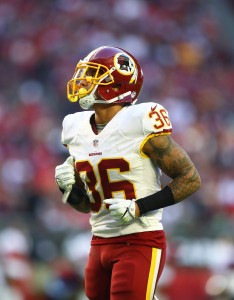 Vance Joseph said (via ESPN.com’s Jeff Legwold) Cravens will need arthroscopic surgery on his knee, making the IR designation logical. Joseph hopes Cravens, who was still experiencing knee pain the day after his Denver debut, will be back after the required two-month absence.

This is the same knee he Cravens underwent surgery on last year, Nicki Jhabvala of The Athletic notes (subscription required), adding Cravens is expected to be one of Denver’s IR-return players. However, Cravens barely suited up for the Broncos during the preseason. Joseph was nonetheless pleased with Cravens’ lone game work last week.

Four safeties — Darian Stewart, Justin Simmons, Will Parks and Dymonte Thomas — remain on the Broncos’ active roster. While the team is is obviously hoping Cravens can help its defense later this season, he has not played in a game since December 2016.

The Broncos have lost two members of their projected Week 1 safety contingent, with second-year cog Jamal Carter out for the season. Acquired for a fifth-round pick, Cravens will not be able to return until Week 9. This latest setback continues the former second-round pick’s availability struggles as an NFLer.