After an injury kept Josh Mauga off the field in 2016, the linebacker re-signed with the Chiefs on Thursday, his agent, Michael Hoffman, announced (on Twitter). 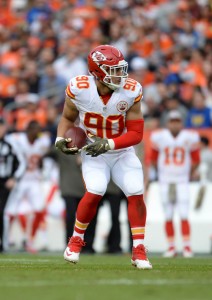 Mauga, who made his NFL debut with the Jets in 2010, joined the Chiefs after the 2013 campaign and played a prominent role with the team from 2014-15. The 250-pounder started in all 30 regular-season appearances during that span, piling up a career-high 103 tackles in 2014 and then notching 57 more stops and a pair of interceptions in 2015. Mauga’s performance ranked an impressive 34th among Pro Football Focus’ qualified linebackers in ’15, but he wasn’t able to build on that last year after suffering a labral tear in his hip during the summer.

Now, the 30-year-old Mauga will rejoin a Chiefs inside linebacker corps that includes Derrick Johnson and Ramik Wilson in starting positions. Mauga, who filled in well for an injured Johnson two years ago, brings more experience than fellow reserves Justin March-Lillard, Terrance Smith and D.J. Alexander.

In other moves, the Chiefs signed safety Steven Terrell and waived punter Will Monday, per Josh Alper of Pro Football Talk. Terrell, a three-year veteran, was a notable contributor as a role player in Seattle last season. He appeared in each of the Seahawks’ regular-season contests, combined for 560 snaps (384 on defense, 176 on special teams), tallied the first five starts of his career and totaled a personal-high 23 tackles. He’s now among four reserve safeties in Kansas City, which also has Daniel Sorensen, Eric Murray and sixth-round rookie Leon McQuay III behind starters Eric Berry and Ron Parker.

The Chiefs added Monday back in May. He spent some of last offseason with the Steelers after signing with them as an undrafted free agent from Duke. Monday hasn’t appeared in an NFL game.