Packers long snapper Taybor Pepper broke his foot in practice on Thursday, according to Ian Rapoport of NFL.com (Twitter link). He’s done for the season and will be placed on injured reserve. 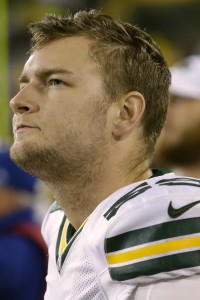 The Packers moved quickly to work out long snappers on Friday. After the auditions, they settled on Derek Hart, according to Rapoport (Twitter link). In related news, the Packers are bringing fourth-round rookie linebacker Vince Biegel off of the PUP list. Both players will have an opportunity to make their Packer debuts against the Lions on Monday night.

Pepper, 23, was a long way from football in September when he was working the cash register at his parents’ consignment store. Suddenly, an opportunity opened up with the Packers when long snapper Brett Goode went down with a hamstring injury.

“My agent called me and was kind of like, ‘There might be a situation. There might not be. Be ready,’” Pepper said (via the team’s website). “After the game, [Packers director of football operations] Eliot Wolf called me and said, ‘We need you here.’”