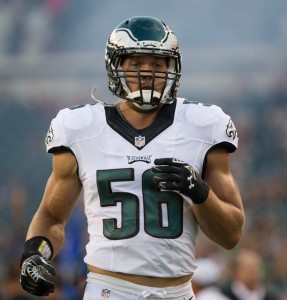 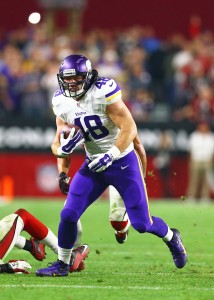 Special-teams maven Bryan Braman recently worked out for the Saints, as his agent Sean Stellato tells Mike Triplett of ESPN.com.

The Saints were extremely poor on special teams in 2016 (27th in DVOA), and have since replaced their special teams coordinator, hiring Brad Banta to replace Greg McMahon. Per Football Outsiders, New Orleans’ was particularly lacking on kick returns, as the club lost eight points of field position on such plays (30th in the NFL).

The Bills and Eagles have made minor cap adjustments, modifying the contracts for Kraig Urbik and Bryan Braman, respectively, according to reports. Urbik’s new deal involves him accepting a pay cut, while Braman receives a one-year extension as part of his reworked contract.

According to Mike Rodak of ESPN.com (all Twitter links), the Bills have reduced the 2015 base salary for Urbik – the team’s starting left guard for most of 2014 – by $1.5MM, and sliced his 2016 base salary by $1.7MM. Urbik had been set to receive a $300K roster bonus this month, and likely would have been cut if he hadn’t agreed to the pay cut — instead, he’ll get that $300K in the form of a new signing bonus, and will receive another $150K roster bonus if he spends at least one game on the 53-man roster this fall.

The move reflects Urbik’s new status on the roster, as he appears poised to head into the 2015 season as a backup rather than a starter. The Bills’ addition of Richie Incognito earlier this offseason ensures that Urbik will likely slide down the depth chart at least one spot.

As for Braman, he’ll also take a pay cut for 2015, with the Eagles reducing his salary from $1.2MM to $745K, per Field Yates of ESPN.com (via Twitter). The team added an extra year to the linebacker’s contract as part of the agreement, and he’ll have a $900K base salary for 2016, tweets Zach Berman of the Philadelphia Inquirer. Braman, who contributes almost exclusively on special teams, likely received some modest bonus or guarantee as part of the move.