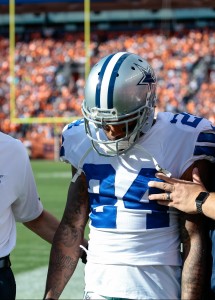 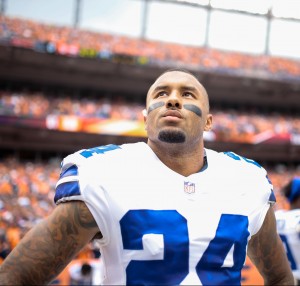 Justin Pugh‘s contract year could well include a lengthy stay at right tackle. The Giants‘ starting left guard slid to his original position on Monday night and will do the same Sunday against the Eagles. Big Blue plans to start Brett Jones at left guard and does not plan on ditching Ereck Flowers at left tackle, Jordan Raanan of ESPN.com notes. Pugh’s versatility will allow the Giants, per Ben McAdoo, to keep the “best five” on the field rather than the team having to use a swing tackle. Usual right tackle Bobby Hart will miss Week 3, and D.J. Fluker — a four-year Chargers starter — is apparently the Giants’ seventh offensive lineman. He’ll profile as the backup guard behind Jones and John Jerry, Raanan writes.

Here’s more from the Eastern divisions in advance of Week 3’s Sunday slate.

The Saints signed linebacker Alex Okafor to a one-year, $3MM deal earlier this offseason. While the money and opportunity were obviously alluring, the former fourth-rounder acknowledged that he was really entice by the opportunity to play with former college teammate, Kenny Vaccaro.

“He definitely stuck his neck out for me,” Okafor told the Associated Press. “It’s surreal. Not many guys get to go back and play with some of their college teammates that, I mean, are as close as we are.”

Having started 25 games between 2014 and 2015, Okafor played more of a reserve role for the Cardinals last season. However, the 26-year-old was working with the starters during OTAs, and he’s confident that he can still play a major role on the Saints’ defense.

“It’s just a fresh start and a great opportunity,” Okafor said. “I’ve been that guy before and I know I can be that here.”

That’s check out some more notes from around the NFC…

Derek Carr emphasized today that he has no interest in discussing a contract extension with the Raiders once training camp starts.

“I wouldn’t even answer my phone,” Carr said (via ESPN.com’s Paul Gutierrez). “The money isn’t the thing that drives me. … What drives me is making sure I’m giving everything that I have with my abilities, and making sure that we win. And I don’t want anything distracting my thought process at all.

“Now, that’s not a jab, or anything like that. That’s just me saying I’m not going to deal with anything that’s not helping me just focus on winning.”

The former second-round pick is entering the final year of his rookie contract, and he’s certainly in line for a significant raise on the $1.15MM he’s set to make this year. Last season, the quarterback completed 63.8-percent of his passes for 3,937 yards, 28 touchdowns and six interceptions.

Let’s check out some additional notes from around the NFL…

Dallas police arrested the 30-year-old Carroll, who posted bond at 2:45 p.m. Monday and was released from custody. Moore points out the Cowboys offer free Uber rides for players who feel they’re unfit to drive. Police pulled Carroll over for a traffic violation around 2:20 a.m., leading to the arrest, Clarence Hill of the Fort Worth Star-Telegram reports.

The Cowboys signed Carroll in March, and the veteran defender is expected to start for the team after doing so with the Eagles. Dallas signed Carroll during an offseason that saw both Morris Claiborne and Brandon Carr defect in free agency. Carroll signed a three-year, $10MM deal to join Dallas after playing three seasons as a starter in Philadelphia.

A former Dolphins draft pick, Carroll is expected to start for the Cowboys this season. Now, he might face a suspension. Already having embattled defenders Randy Gregory and Rolando McClain no closer to returning, the Cowboys received notice last week David Irving failed a drug test and faces a four-game suspension. A Carroll ban would further deplete a defense that also lost Barry Church and J.J. Wilcox.

The Cowboys added corners Chidobe Awuzie and Jourdan Lewis on Day 2 of the draft, and if Carroll incurs a suspension from this, they could be pressed into duty alongside Orlando Scandrick. Second-year man Anthony Brown factors into this equation as well.

The Cowboys are having a busy hour, as they’ve agreed to a contract with cornerback Nolan Carroll, tweets Ian Rapoport of NFL.com. It’s a three-year, $10MM deal that includes $4MM in 2017, per Tom Pelissero of USA Today (Twitter link).

After a quiet first day of free agency, Dallas has now signed Carroll, wide receiver Terrance Williams, and defensive lineman Stephen Paea in the last thirty minutes or so. The addition of Carroll could be a sign the Cowboys are bracing to lose either Morris Claiborne, who is reportedly garnering interest from the Ravens, or Brandon Carr, who is also an unrestricted free agent.

Carroll, 30, spent the past three seasons with the Eagles, and was discussing an extension with Philadelphia as of last December. The seven-year veteran started all 16 games for the Birds last season (the first time he’s done so in his career), and managed one interception, 10 passes defensed, and a forced fumble. Pro Football Focus wasn’t very fond of Carroll’s play, however, grading him as the NFL’s No. 92 cornerback among 112 qualifiers.

Carroll will join a Cowboys secondary that ranked 18th in DVOA last season and is currently comprised of Orlando Scandrick, Anthony Brown, and Leon McFadden.

Nolan Carroll is scheduled to reach free agency in March, but the Eagles are already working to lock him up for 2017 and beyond. The cornerback says that extension talks are underway.

“They’re starting,” Carroll told Mark Eckel of NJ.com. “I have a new agent so we’ll see how it goes.”

Last year, Carroll suffered a fractured fibula and found a weak market for his services. Unable to scare up a significant deal, he re-signed with Philly on a one-year deal worth roughly $2MM. After a healthy season in which he has 51 total tackles, one interception, and 14 pass breakups, Carroll has put himself in a much better position.

If re-signed, the Eagles may ticket Carroll for a reserve role rather than a starting job. Still, he can provide rotational depth and he’s plenty familiar with the playbook.

Through 15 games, Carroll is Pro Football Focus’ No. 91 ranked CB in the NFL this year. Leodis McKelvin is the team’s top-ranked corner this year and he is ranked as just the 82nd best player at the position.