A potential Alvin Kamara suspension does not appear to be coming to start the 2022 season. The Saints running back’s hearing on charges of conspiracy to commit battery and battery with substantial bodily harm, which was scheduled for this week, has been delayed 60 days, according to KLAS-TV’s David Charns. Kamara, Chiefs cornerback Chris Lammons and two other men face charges in connection with a Feb. 5 assault committed against a man in Las Vegas. The Saints Pro Bowler is bracing for a six-game suspension, but depending on when this hearing ends up taking place, that potential ban may come either during the 2022 season or to start the ’23 campaign. 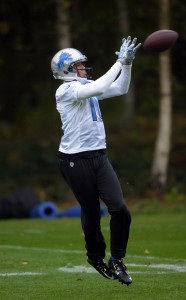 The five-year, $37.5MM deal offensive tackle Eugene Monroe signed in 2014 is the worst contract the Ravens have ever given out, opines Jamison Hensley of ESPN.com. Monroe – whom the Ravens released earlier today – received $17.5MM in guaranteed money and, because of injuries, ultimately made just 17 starts after inking the contract. Hensley adds that the Ravens began souring on Monroe when he didn’t start their 2014 AFC divisional playoff game in New England because of an ankle injury. Monroe was healthy enough to be active for that contest, leading the Ravens to wonder about his toughness.

Earlier today, the football world was rocked by the news that embattled Browns wide receiver Josh Gordon has apparently failed another drug test, putting his NFL future in jeopardy. However, top execs in the Cleveland front office probably weren’t all that shocked. The Browns were getting the sense for weeks that Gordon wasn’t going to be reinstated anytime soon and felt that it was possible that he might not get reinstated at all, Jason La Canfora of CBSSports.com tweets. The league office had concerns about who Gordon was continuing to associate with (link) and, after some initial optimism, the Browns started to fear the worst.

While we wait to learn more about Gordon, here’s the latest from the North divisions: