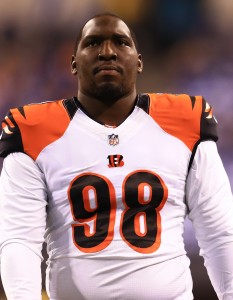 While Thompson doesn’t offer the experience or history of production of Bryant, he is roughly four years younger (age-27) than his defensive line counterpart. Having just been released by the Bengals on Monday, Thompson also presumably has some level of familiarity with Cleveland head coach Hue Jackson, who was previously Cincinnati’s offensive coordinator.

A former third-round selection, Thompson never broke into the starting lineup for the Bengals during his five-year run with the club (with the exception of 2013, when he started seven contests after Geno Atkins went down with injury). Still, he was a serviceable reserve, appearing in 39 games and and posting three sacks from 2012-15. Thompson didn’t see the field in 2016 after suffering a torn ACL the previous December.

Thompson should have an opportunity to earn playing time in the place of Bryant, but he’ll have to compete with several other players. Trevon Coley, Jamie Meder, Xavier Cooper, and rookies Caleb Brantley and Larry Ogunjobi are among the interior defenders who could see action alongside nose tackle Danny Shelton during the upcoming campaign.

Cornerback Brandon Flowers‘ NFL future is in question after the Chargers placed him on injured reserve Wednesday, writes Michael Gehlken of the San Diego Union-Tribune. Flowers had a history of concussions even before suffering two this year, and he told Gehlken in November, “I have to make sure I am sane and can function and remember things after football.” If the soon-to-be 31-year-old does continue his career in 2017, it probably won’t be in San Diego, per Gehlken, who points to the cap savings that would come with releasing Flowers. By cutting the nine-year veteran and three-year Charger, the Bolts would free up $7MM in spending space compared to $4MM in dead money for 2017. 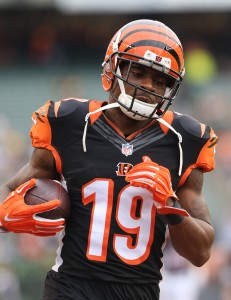