The Buccaneers gave up on their investment in Aguayo after a dreadful rookie season. When the Bucs cut him in the summer, the Bears (for some reason) claimed him off waivers and assumed his contract. In September, the Bears threw in the towel on the FSU product and put themselves on the hook for upwards of $400K in guaranteed salary.

In 2016, Aguayo, made only 22-of-31 field goal attempts (71%) and missed two extra points. It was a huge disappointment for the Bucs, particularly since they traded up to draft him.

Even after acquiring Dorial Green-Beckham from the Titans, the Eagles aren’t done looking for wide receivers. The Eagles put in a claim for wide receiver Rasheed Bailey when he was exposed to waivers by the Jaguars, Ian Rapoport of NFL.com tweets. However, the Chargers had higher priority than the Eagles and landed him first. 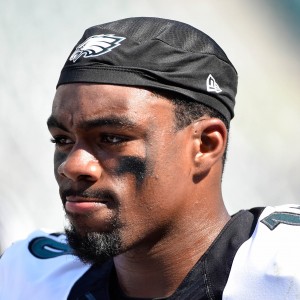 The Eagles are familiar with Bailey after he spent the 2015 preseason with them. The undrafted Delaware Valley product did not manage to crack the 53-man roster, but he apparently made a good impression on Philly coaches.

The move to claim Bailey indicates that the Eagles could pursue other wide receivers on the open market or via trade. Of course, there will be tons of wide receivers released between now and the first week of September, giving the Eagles plenty of opportunity to add a WR without giving up any assets.

The Eagles currently have Jordan Matthews, Nelson Agholor, Josh Huff, Green-Beckham, Paul Turner, and Rueben Randle at wide receiver, as shown on Roster Resource. Behind them, receivers like Chris Givens, T.J. Graham, and Hunter Sharp are jockeying for roster spots.