A pair of former USFL standouts have found NFL gigs. The Commanders have signed defensive back DeJuan Neal (per ESPN’s John Keim on Twitter) and cornerback Channing Stribling (per Josh Alper of ProFootballTalk.com). To make room on the roster, Washington has cut cornerbacks Nijuel Hill and Devin Taylor.

Neal, a former Division II standout, got his first NFL gig with Washington as an UDFA in 2019, but he didn’t end up making it to the regular-season roster. Since then, he had a stint in the XFL and most recently the USFL. He played for the New Jersey Generals during the 2022 campaign, and while he battled injuries for much of the season, he still contributed 16 tackles.

Stribling went undrafted out of Michigan in 2017 and has had plenty of NFL gigs, spending time with the Browns, Colts (two stints), 49ers and Chargers. Since getting cut by the Chargers during the 2018 season, Stribling has had gigs in the AAF, CFL, XFL, and USFL. In seven games this past season, the 27-year-old had seven interceptions.

Hill, a UDFA out of California, and Taylor, a UDFA who spent time at Bowling Green, Virginia Tech, and Illinois State, were both added to the Commanders roster earlier this offseason. 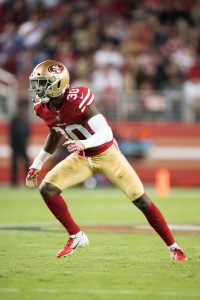