The Texans have waived quarterback Stephen Morris, according to a team announcement. The move will make room for the signing of Nick Rose. 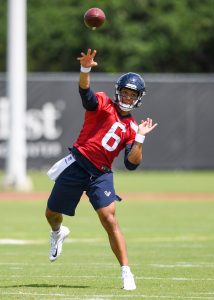 Morris, who turns 27 in less than two weeks, became the fourth quarterback on Houston’s roster when he was signed in May. He was hoping to make a case for being the team’s No. 3 QB, but he has lost out to backups Brandon Weeden and Joe Webb for a place behind starter Deshaun Watson.

Initially, it seemed as though Morris had a chance at making the team since Weeden’s one-year deal has just $230K in guaranteed cash while Webb’s only guarantee is his $90K signing bonus. However, it didn’t work out that way.

Morris has been with six different teams – the Jaguars, Eagles, Colts, Redskins, Seahawks, and Texans – since entering the league as a UDFA in 2014. While his jersey collection is extensive, he has yet to throw an NFL pass.

Stephen Morris wasn’t out of work for long. After being waived by the Seahawks over the weekend, the Texans claimed the quarterback on Monday, Ian Rapoport of NFL.com tweets. 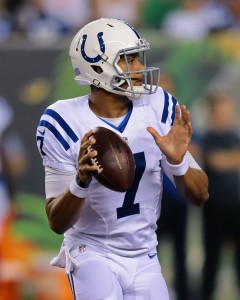 Morris, 26 in August, becomes the fourth quarterback on Houston’s roster. He’ll provide the Texans with the fourth camp arm that they need, but he may also have a real shot at making the final cut as he goes against Brandon Weeden and Joe Webb for a backup spot behind starter Deshaun Watson.

Weeden’s one-year deal has just $230K in guaranteed cash while Webb’s only guarantee is his $90K signing bonus. If Morris outperforms either player, they won’t have second thoughts about keeping him over either veteran.

Morris has been with five different teams – the Jaguars, Eagles, Colts, Redskins, and Seahawks – since entering the league as a UDFA in 2014. He has yet to thrown an NFL pass, but that could change with club No. 6.

The Seahawks have signed quarterback Stephen Morris, Adam Schefter of ESPN.com tweets. Morris has signed contracts with multiple teams but has yet to play in an NFL game. 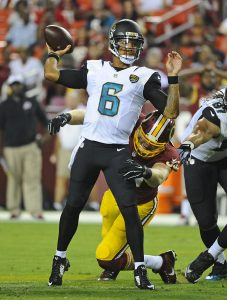 Morris, a University of Miami product, first entered the league as a UDFA with the Jaguars. Since then, he has inked deals with the Eagles, Colts, and Redskins. Morris spent time on the taxi squads of the Jaguars, Eagles, and Colts and spent one game on the Colts’ active roster after Andrew Luck suffered a concussion.

The signing comes on the heels of their last-minute decision to cancel a workout with Colin Kaepernick. The Seahawks are reportedly skittish about signing Kaepernick without knowing whether he plans to kneel for the national anthem this season.

Still, the Seahawks have not closed the door on signing Kaepernick and sources say they would like to meet at him at a later date when he has formulated a plan for his social activism. Morris’ deal is likely non-guaranteed, so it is probably not a barrier to a future deal with Kaep.

END_OF_DOCUMENT_TOKEN_TO_BE_REPLACED 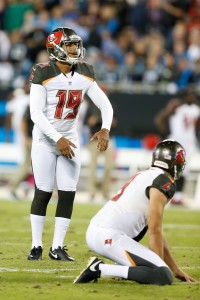