The Colts have placed tight end Brandon Williams on injured reserve. To take his place, the team is elevating safety Ronald Martin to the active roster. 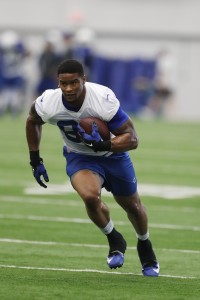 Williams suffered a scary head injury against the Broncos in Week 15. He was taken off the field on a backboard, but fortunately was able to rejoin his teammates at the Colts’ practice facility days later. Hopefully, he’ll be ready for offseason activities in 2018.

Injury aside, this has been a strong year for Williams. As the Colts’ No. 2 TE, Williams hauled in 13 catches for 121 yards, topping his combined totals from the previous four seasons.

The 3-11 Colts round out the season against the Ravens and Texans. 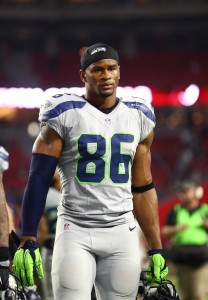 The Colts have had some major turnover at the tight end position this year after trading Dwayne Allen to the Patriots. He might not factor into things as a traditional tight end, however. To date, Williams hasn’t done much on offense, but he has plenty of special teams experience. Last year, he played on 335 special teams snaps, good for second-most among all Seattle players. Meanwhile, he played 148 offensive snaps as the team’s third-string tight end.

In other Colts news, the team signed linebacker Sean Spence this week.

The Colts will take a meeting with free agent tight end Brandon Williams, according to Jason La Canfora of CBSSports.com (Twitter link).

Williams, 29, would slot in behind Jack Doyle and Erik Swoope on Indianapolis’ tight end depth chart, but his primarily role would probably come on special teams. As a member of the Seahawks in 2016, Williams played on 335 special teams snaps, good for second-most among all Seattle players. The Colts ranked fifth in special teams DVOA last season.

Given the Colts’ lack of depth at tight end, it’s certainly possible Williams would be able to carve out a role on offense, but that’s not something he’s done throughout his career. In four NFL seasons, Williams has managed only six receptions for 80 yards. Of his 158 offensive snaps in 2016, 123 (78%) involved blocking duty of some kind.

While Giants brass was fed up enough with pass rusher Damontre Moore to cut him Friday after he got in a fight over headphones with then-teammate Cullen Jenkins, ESPN’s Dan Graziano writes that most of the club’s players aren’t happy the 23-year-old is gone. One Giant told Graziano that Moore’s gameday encouragement of both offensive and defensive players will be missed, and another said the third-year man could always be counted on to attend teammates’ charity events without asking for anything in return.

The atmosphere in the locker room was quiet after Moore’s release, per Graziano, who believes his ex-Giants teammates want things to go better for him in his next stop. There’s a chance the Giants and Moore could meet as foes this year, Graziano notes, as one of their remaining opponents – the Dolphins, Panthers, Vikings or Eagles – might land him.

More on Big Blue and a couple of AFC East teams: