Senquez Golson‘s time in Oakland is already through. The Raiders waived the cornerback on Wednesday, according to ESPN.com’s Field Yates (on Twitter). 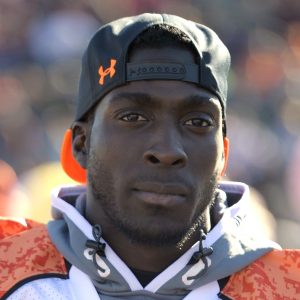 The Raiders signed Golson just seven weeks ago to what was likely a one-year deal with little or no guaranteed money. The former second-round pick of the Steelers apparently didn’t show much in camp, leading to a quick release.

Steelers had high hopes for Golson when selecting him in 2015, but he never played a down for them and spent the first two years of his career on injured reserve. Golson suffered another injury in the 2017 preseason and was subsequently waived. He was signed to the Buccaneers’ practice squad last year, but was cut shortly after and has yet to appear in a regular season NFL game.

The Raiders have overhauled their secondary this offseason by signing cornerbacks Rashaan Melvin, Leon Hall, Shareece Wright, and Daryl Worley as well as safety Marcus Gilchrist. With fourth-round pick Nick Nelson now also in the mix, things are even more crowded at cornerback.

Per league rules, Golson will now be subject to the waiver wire. If no teams claims him by the end of business on Thursday, he will be free to sign with any club of his choosing.

The Raiders continued to add to their secondary this offseason by signing free-agent cornerback Senquez Golson, per a team release. The terms of the deal have yet to be reported. 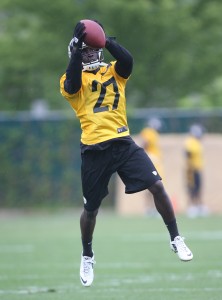 The Steelers made Golson a second-round pick in 2015 but he never played a down in his career with them. He spent the first two years of his career on injured reserve. He suffered another injury in the 2017 preseason and was waived by the Steelers. He was signed to the Buccaneers’ practice squad but was released shortly after and has yet to appear in a regular-season game. 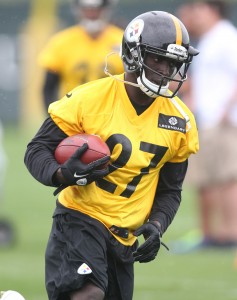 Free agent running back Ryan Mathews may be a fit for the Ravens, but signing him would require the club to overlook his ball security issues, observes Jamison Hensley of ESPN.com. Mathews has fumbled a league-high 20 times since 2010, notes Hensley, who adds that Ravens head coach John Harbaugh cut the playing time of Ray Rice, Lorenzo Taliaferro and Javorius Allen in recent years after each had problems in that department. “You play the best players, and at running back, the best players don’t fumble,” Harbaugh said in 2015. While Mathews has his flaws, including injury concerns, he has nonetheless averaged a lofty 4.4 yards per carry on nearly 1,200 career attempts. A Ravens team that tied for 20th in YPC last year (4.0) and won’t have the injured Kenneth Dixon in 2017 could use the type of per-carry production Matthews’ brings to the table.