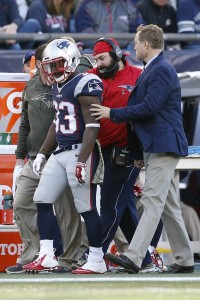 Here are today’s minor transactions from around the NFL, including reserve/futures signings and practice squad moves: