The Broncos have a new backup quarterback, as head coach Vance Joseph told reporters Chad Kelly is now the club’s top reserve to starter Case Keenum (Twitter link via Nicki Jhabvala of The Athletic). Former first-round pick Paxton Lynch continued his abysmal NFL run by completing just 6-of-11 passes for 24 yards and one interception during Denver’s first preseason games, while Kelly — the 2017 drat’s Mr. Irrelevant — completed 14-of-21 attempts for 177 yards, two scores, and one interception. Clearly, the Broncos’ decision isn’t solely based on the results of a single exhibition contest, as Lynch also played poorly in two starts last season. Given Kelly’s inexperience, and Lynch’s lack of results, Denver could conceivably aim to acquire a veteran No. 2 signal-caller before the 2018 season gets underway.

The Seahawks, Texans, and Vikings have all expressed interest in free agent cornerback Tramaine Brock, but they’re only three of a dozen clubs who have inquired on Brock, reports Ben Goessling of the Minneapolis Star Tribune (Twitter link). The interest in Brock isn’t all that surprising, especially now that he’s no longer facing domestic violence charges. A starting-caliber cornerback rarely becomes available in August, but the 28-year-old Brock graded as the league’s No. 23 corner while playing 95% of San Francisco’s defensive snaps a season ago, per Pro Football Focus. 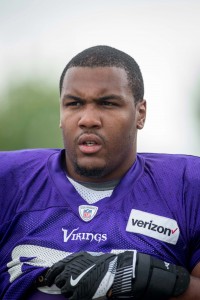