The Ravens announced they have activated cornerback Maurice Canady off of injured reserve. To make room on the roster, wide receiver Chris Matthews has been released. 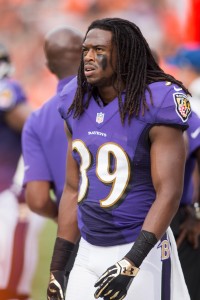 Canady went down with a knee issue in July, making him one of many Ravens to succumb to the injury bug. A sixth round pick in the 2016 draft, Canady looked great in this year’s spring practices and was in line to be the team’s top slot cornerback. He could work his way up to a similar role now that he is healthy. Canady has yet to record an official statistic in his four NFL games.

Matthews was added to the Ravens’ roster on Sept. 4 when Canady was first placed on IR. The 28-year-old had three catches for 25 yards in six games this season. Unfortunately, a thigh injury has sidelined him for the last two games.

With Matthews out of the picture, the Ravens have just four healthy receivers on the roster in Mike Wallace, Jeremy Maclin, Breshad Perriman, and Chris Moore.

Washington defensive back DeAngelo Hall, a longtime cornerback who has earned three Pro Bowl nods at the position, wants to play safety not just to extend his career, but to make a real impact, writes Liz Clarke of the Washington Post.