The Ravens have released running back Justin Forsett, per Adam Schefter of ESPN.com (Twitter link). 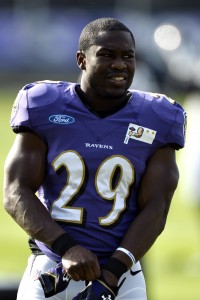 With rookie Kenneth Dixon nursing a knee injury, Baltimore looks set to count on Terrance West and Javorius Allen at running back. Forsett, 30, was a revelation in 2014, rushing for more 1,200 yards and eight touchdowns though he had been considered a career backup/special teamer. Injuries cost Forsett last season, as he only managed to play in 10 games.

The Ravens are clearing $3MM off their books by releasing Forsett, but will incur $700K in dead money.