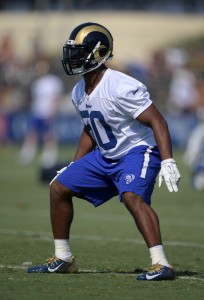 FRIDAY, 2:33pm: The Rams have officially announced their undrafted free agent signings, adding five more players to the list of 10 below, bringing their total to 15. Here are the five new names:

SUNDAY, 4:41pm: After adding nine picks in the 2015 NFL draft, the Rams have agreed to sign another 10 undrafted players, according to Jim Thomas of the St. Louis Post-Dispatch:

With the draft now in the books, we can expect plenty of roster shuffling in the coming days and weeks, as teams ready their 90-man rosters for training camp. Here are Monday’s minor moves from around the league: