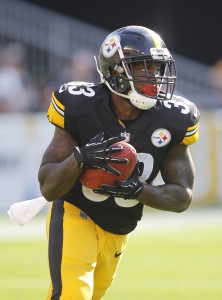 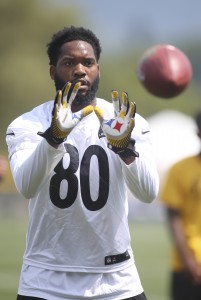 Pittsburgh signed Green as a free agent last offseason with the idea that he would become one of Ben Roethlisberger‘s go-to weapons. Instead, ailments kept him off the field for much of 2016. His Steelers career ends after six games and 18 receptions for 304 yards and a touchdown. His best game with the Steelers came against the Giants in Week 13, when he had six receptions for 110 yards and his one score on the year.

In the past, Green has suffered from chronic headaches. Those headaches, he says, stemmed from sinus issues and not concussions. Last summer, there were reports that he was mulling retirement as a result of the head trauma he has suffered, but he later denied those claims. Late in the 2016 regular season, the tight end was placed in concussion protocol following a big hit in Week 15. Depending on who you ask, it was either the concussions or the surgically-repaired ankle that kept Green out of action for much of last season.

Before coming to the Steelers, Green amassed 37 catches for 429 yards and four touchdowns in 13 games (11 starts), a solid stat line considering that he was sharing the field with Antonio Gates in many of those games. From a talent perspective, the league had been waiting for multiple seasons for the ultra-athletic tight end to break out. Sadly, Green’s football future seems pretty murky after his disappointing season and today’s release.

With Green out of the picture, Jesse James projects as the Steelers’ No. 1 tight end for 2017. The Steelers did not address the position in the draft, so he is without any real competition at this time.

Watson spent part of the 2016 season on the Browns, Broncos and Eagles practice squads. He was on the Eagles’ 53-man roster for the final week of the regular season.

LeRibeus, 28, has the most NFL experience of the trio, as he started 11 games for Washington as recently as 2015. The former third-round pick didn’t make the Redskins’ roster in 2016 after having re-signed on a one-year deal. After spending last season on the workout circuit, LeRibeus eventually inked a futures contract with Philadelphia in January. Having played more than 700 offensive snaps in 2015, and offering the ability to play both guard and center, LeRibeus could find a role as a backup interior lineman in the near future.

Watson, meanwhile, has bounced around since entering the league as an undrafted free agent out of Azusa Pacific 2015. Before joining the Eagles last December, the 23-year-old Watson had spent time with the Bengals, Browns, and Broncos. Promoted to Philadelphia’s active roster at the tail end of last season, Watson appeared in his first career NFL game in Week 17, rushing nine times for 28 yards and one touchdown.