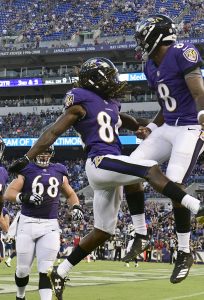 Pierre Desir was having a breakout season for the Colts through nine games last year. The former fourth-rounder had already established a career-high in passes defended with seven, and he also compiled 32 tackles and one interception.

However, after forcing his way into the starting lineup, the 27-year-old suffered a season-ending pectoral injury in Week 13. Despite the injury, the organization still brought Desir back on a one-year deal, with the team expecting him to be ready for training camp. The cornerback is also confident he’ll be back, and he believes he can continue to build off his productive 2017 season.

“I look at this year being a big year for me. Last year, the season didn’t end the way I wanted it to. I feel like I have a lot of upside, a lot of good football to play, and I’m definitely excited and looking forward to playing in this scheme and playing for these coaches.”