Former Jets wide receiver ArDarius Stewart was arrested for carrying a pistol without a permit, as Michael Casagrande of AL.com writes. The former Jets third-round pick is a free agent, but this incident could hurt his market. 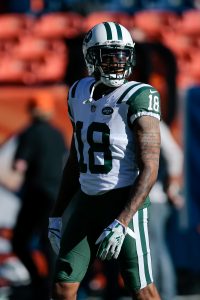 Stewart never took off in New York, despite appearing in 15 games as a rookie in 2017. Last season, the Jets cut him loose after he was hit with a two-game ban for a performance-enhancing drug. In his lone Jets season, Stewart had just six receptions for 82 yards.

As a junior at Alabama, Stewart hauled in 54 passes for 864 yards and eight touchdowns, but he has yet to replicate that production at the pro level. Last year, Stewart spent time on the Raiders’ and Redskins’ practice squads, but never earned a promotion to the 53-man roster.

The Jets have waived wide receiver ArDarius Stewart, according to a club announcement. Stewart was set to return from a two-game PED suspension this week, but the Jets opted to cut Stewart instead of releasing another player to make room for him. 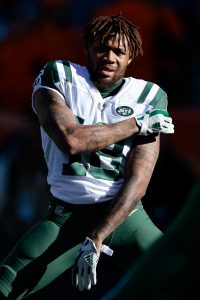 Stewart, the Jets’ third-round pick in 2017, didn’t impress much as a rookie. He caught just six passes last year and, if not for his suspension, he probably would have been cut on Labor Day weekend.

The Stewart-less Jets will be in action on Thursday night against the Browns.