Wide receiver Griff Whalen has reached a four-week injury settlement with the Raiders, according to Michael Gehlken of the Review Journal (on Twitter). The move will allow Whalen to move ahead as a free agent, rather than sit on the Raiders’ IR.

Per league rules, Whalen could re-sign with the Raiders in Week 7 of the regular season. However, he might not last that long on the open market if he is able to work out for teams at something close to 100%.

Whalen seemed likely to make the Raiders’ final cut until a case of turf toe sidelined him this summer. Whalen was is line for playing time as a slot receiver, but it seems that those duties will be covered by Seth Roberts. Ryan Switzer, another slot candidate for Oakland, was traded to the Steelers this week, giving further clarity to the Raiders’ WR group. Amari Cooper, Jordy Nelson, and Martavis Bryant are expected to lead the way at the position.

The Raiders have placed wide receiver Griff Whalen on injured reserve. Whalen has reportedly been dealing with turf toe and was said to be questionable for Week 1, but the injury is more serious than previously believed.

Oakland also released Breno Giacomini. The veteran was set to be the Raiders’ starting right tackle before the start of camp, but he has been sidelined as of late with a knee injury.

The Raiders have dropped two wide receivers from their roster on Monday by putting Whalen on IR and trading Ryan Switzer to the Steelers. The moves aren’t necessarily the precursor to a wide receiver signing, because the Raiders have serious roster trimming to do between now and Saturday. Despite the shakeup, the Raiders still have a top four consisting of Amari Cooper, Jordy Nelson, Martavis Bryant, and Seth Roberts.

To take the place of Whalen and Giacomini, the Raiders have signed defensive lineman Connor Flagel and cornerback Jarell Carter. 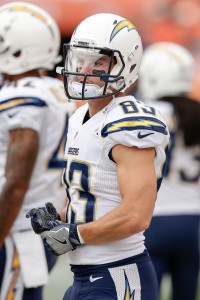 The Ravens are signing veteran wide receiver Griff Whalen, a source tells Ian Rapoport of NFL.com (on Twitter). Whalen visited the Ravens and took a physical with the team earlier today. After that, it didn’t take long for a deal to come together. 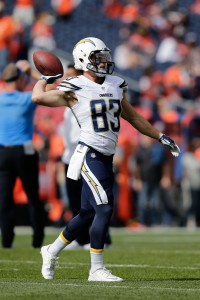 Terms of the deal are not yet known, but this is likely a one-year deal with little-to-no guarantees. Whalen will push to make the roster as a supporting wide receiver, vying with Chris Moore, Keenan Reynolds, Chris Matthews, Michael Campanaro, and others for just two or three potential spots.

Whalen’s experience in the return game could help his bid to make the 53-man roster.

The Ravens worked out veteran wide receiver Griff Whalen on Friday, according to Jeff Zrebiec of The Baltimore Sun (on Twitter). Whalen is taking a physical for the team and there is mutual interest in a deal, he adds.

Whalen, 27, spent the first four years of his career with the Colts before being bounced around like a pinball in 2016. He first latched on with the Dolphins, but he was dropped just after the 53-man cutdown deadline. He then hooked on with the Chargers and spent eight games on their roster before getting the ax to make room for Ronnie Hillman. He signed with the Patriots in December, but his stay lasted only one week.

For his career, Whaley has 47 catches for 509 yards and three scores with all but two of those receptions coming in his four seasons with Indianapolis. On the plus side, Whalen also offers experience in the return game.

The Ravens have Mike Wallace, Jeremy Maclin, and Breshad Perriman as their top three wide receivers. After that, things are pretty wide open for the No. 4 and 5 spots. It sounds like Whalen could be thrown into the mix to battle it out with Chris Moore, Keenan Reynolds, Chris Matthews, and Michael Campanaro for those final openings.