The Buccaneers will retain Keith Tandy on a two-year deal, doing so for the second time in three years, Scott Smith of Buccaneers.com reports. He was set to become a UFA this afternoon. 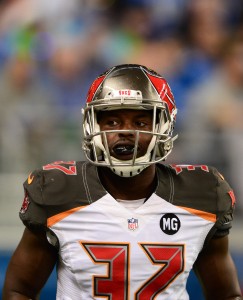 A former sixth-round Bucs pick in 2012, the safety has worked as a depth piece and a part-time starter in Tampa Bay for several seasons. Tandy made three starts last season, seeing action on 226 defensive plays. He started five games in 2016.

Despite limited playing time, the former West Virginia safety has demonstrated a nose for the ball. Although he didn’t notch any interceptions last season, four passes landed in Tandy’s possession in 2016. He has eight career picks.

The Bucs have Justin Evans due back at safety, with veteran Chris Conte signed there as well. Tandy looks set to supply more depth in south Florida.

4:25pm: The Buccaneers have released one defensive notable while re-signing another. The Bucs have officially released Bruce Carter and re-signed safety Keith Tandy, as Scott Smith of Buccaneers.com writes. 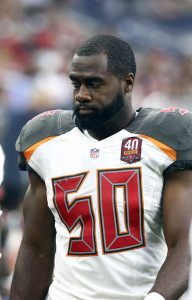 Tampa Bay rarely employs signing bonuses, and because it didn’t use one when signing Carter prior to last season, the club won’t incur any dead money. Instead, the Buccaneers will not only avoid paying a $750K roster bonus, but they’ll clear Carter’s scheduled base salaries of $4.25MM over the next three seasons. Following Carter’s release, Tampa will have roughly $50MM in cap space when the free agent period begins.

Tandy, an unrestricted free agent, has long been expected to return to Tampa Bay. Last season, Tandy appeared in 14 games (2 starts) and racked up 38 total tackles, 1 sack, and 1 pass deflection.