Jaguars cornerback Josh Robinson has retired, per an announcement from the team. It’s a decision that came out of the blue and one that leaves Jacksonville especially thin at cornerback. 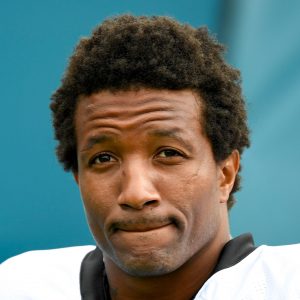 “He had been awesome for us; no issues, no problems,” head coach Doug Marrone said. “He’s obviously put some thought into it. I have all the respect in the world for him – tough kid, practiced hard, prepared like a pro … nothing but the best for him. We’re always here for him. Appreciate him.”

Robinson, 28, spent time with the Vikings, Bucs, and Saints before joining the Jaguars before the start of camp this year. He was not a star player, but he was active in all eight games and a contributor on special teams.

Without Robinson, the Jags are left with five cornerbacks: Tre Herndon, A.J. Bouye, D.J. Hayden (starting nickel corner), Tae Hayes (newly promoted), and Breon Borders. Of course, that group is missing star Jalen Ramsey, who was shipped to the Rams in October.

The Vikings used Robinson, a former Day 2 pick, as a starter in 21 games from 2012-14. Ever since then, he spent his time in the NFL as a depth piece and a special-teamer.

We here at PFR wish Robinson the best in retirement.

Josh Robinson‘s Thursday workout in Jacksonville looks to have gone well. The Jaguars are signing the veteran defensive back, Mike Florio of Pro Football Talk tweets. 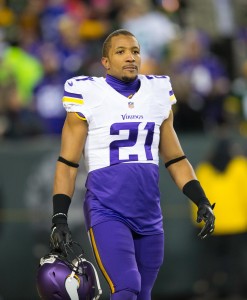 While long removed from his early-career days as a starter, the former Vikings, Buccaneers and Saints cornerback has played in 85 games since being a 2012 third-round pick. He will join a cornerback corps led by Jalen Ramsey and A.J. Bouye.

The Vikings used the former Day 2 pick as a starter in 21 games from 2012-14, but Robinson has been a depth piece and special-teamer since. He played in 11 games with the Saints last season.

The Jaguars have D.J. Hayden in place as their slot corner. No other draft choices reside at this position in Jacksonville, but the team has a host of recent UDFAs trying to make the squad. They will now have to contend with Robinson in pursuit of 53-man roster spots.

Jaguars To Work Out Josh Robinson

Former New Orleans defensive back Josh Robinson will work out for the Jaguars on Thursday, a source tells Ian Rapoport of NFL.com (on Twitter). Robinson could be a depth option for the Jags as training camp gets underway, giving them another corner behind Jalen Ramsey, A.J. Bouye, and D.J. Hayden.

Robinson appeared in eleven games for the Saints last season as a reserve. Before that, he spent the first four years of his career with the Vikings and was with the Bucs in 2016 and 2017. The 2012 third-round pick has 85 career appearances to his credit with 21 starts and five interceptions.

In other Jaguars news, the club offered a deal to standout defensive end Yannick Ngakoue this week, but it fell short of his expectations.

The Saints have agreed to sign cornerback Josh Robinson, according to Mike Florio of PFT (Twitter link). Robinson worked out for the Saints late last month and beat out a handful of other corners who were under consideration.

The Saints scanned the market for cornerback help after placing cornerback Patrick Robinson on IR. David Amerson, Sterling Moore, Dexter McDougle, and Robert Nelson were among the players being considered, but Robinson got the job despite having the least name recognition of the bunch.

Robinson entered the league as a third-round pick of the Vikings in 2012 and spent the first four seasons of his career in Minnesota. After that, he spent two years with the Bucs, but he missed the team’s final cut this year. The 27-year-old boasts 74 games of NFL experience, but has not made a start since the 2014 season.