The Falcons have re-signed linebacker Kemal Ishmael to a one-year deal, the club announced Wednesday. 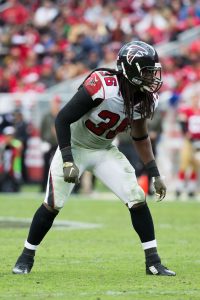 A seventh-round pick in the 2013 draft, Ishmael has spent his entire career in Atlanta. He saw the most action of his pro tenure back in 2014, when he made 10 starts and posted four interceptions. Since then, he’s made only 10 additional starts, but has played in 61 of a possible 64 games.

Originally drafted as a defensive back, Ishmael has since morphed into a linebacker. Last season, Ishmael played only 64 defensive snaps (the fewest of his career), but played a career-high 330 snaps on special teams, registering 21 tackles in the process. For what it’s worth, Atlanta finished 10th in Football Outsiders’ special teams metrics, but that ranking was mostly due to kicker Matt Bryant‘s success.

Last offseason, Ishmael re-signed with the Falcons on a one-year deal worth $1MM. That pact contained $210K in guaranteed money, and Ishmael likely inked a similar contract this time around.

With the quarterback carousel of the 2018 offseason winding down, it is now time for team’s with entrenched signal-callers to review their current deals. At the forefront of that list is Packers quarterback Aaron Rodgers.

The two sides have been long expected to come to an agreement on a new deal this offseason and Packers president Mark Murphy still expects a new deal to get done this offseason, Chris Roth of WBAY-TV in Green Bay tweets.

It only made sense for Rodgers to wait for Kirk Cousins to set the bar, and he did that when he inked a three-year, $84MM deal with the Vikings earlier this month. Currently, Rodgers’ 2013 extension — which runs through 2019 — pays him $22MM annually. He can expect that number to inch close to an annual salary of $30MM.

Before missing nine games in 2017 with a collarbone injury, Rodgers had played in all 16 games in three consecutive seasons. During that time, the Packers great earned three Pro Bowl selections, a First Team All-Pro nod and claimed league MVP honors in 2014.

The Falcons reached an agreement to retain safety Kemal Ishmael on a one-year deal, according to Mike Florio of Pro Football Talk (on Twitter). A part-time starter during his first four seasons in Atlanta, Ishmael agreed to a $2.5MM contract. 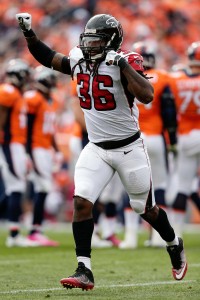 Atlanta wanted to retain its former seventh-round find prior to free agency and will do so four days into the process. Ishmael started four games for the NFC champions last season and has opened with the Falcons’ first unit in 19 games during his tenure in Georgia.

Ishmael arrived in 2013’s final draft round out of Central Florida and won’t turn 25 until May. He played 310 snaps for the 2016 Falcons and figures to slot in as a depth piece behind Ricardo Allen and Keanu Neal in 2017. Ishmael’s most notable season came in 2014, when he started 10 games for Atlanta and made 96 tackles. He notched four of his five career interceptions that season.

The NFC’s No. 2-seeded team did not have Ishmael for its three playoff games, however, after a shoulder injury sent the 24-year-old defender to IR.