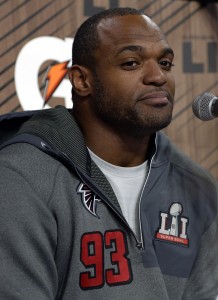 Dwight Freeney is calling it a career. After 16 seasons in the NFL, Freeney will sign a one-day contract with Indianapolis to retire as a member of the Colts. 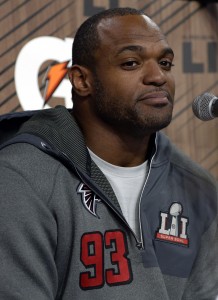 Freeney entered the league as the No. 11 pick in the 2002 NFL Draft. Since then, he has racked up seven Pro Bowl nods, three first-team All-Pro selections, and a Super Bowl ring.

Freeney, 38, will be best remembered for his time in blue and white, where he amassed 107. 5 sacks across eleven seasons. All in all, he has 125.5 career sacks to his credit, tying him for 17th all-time in NFL history.

The Colts averaged 11 wins per year during Freeney’s run with the Colts and had 11 sacks in his 22 playoff games with the team. Many thought the Colts were reaching when they selected Freeney in ’02, but he turned out to be the perfect fit for first-year head coach Tony Dungy.

“Bill [Polian] had seen Dwight and thought he was exactly the guy I had been talking about,” Dungy said of Freeney. “We’re sitting at No. 11 in the first round and people looked at his size and thought it was too high to draft him. Bill, to his credit, said, ‘If this is going to be the big piece of the puzzle, let’s not worry about where we take Dwight and what other people think. Let’s get the guy who is going to be the perfect piece.’ Dwight was the straw that stirred the drink.”

The Syracuse product played in three Super Bowls — two with the Colts, one with the Falcons — and started in 19 postseason games. All seven of Freeney’s double-digit sack seasons came with the Colts.

Following his Colts run, which ran through the 2012 season, Freeney played with five more teams. His most notable post-Indianapolis season came with the 2015 Cardinals, for whom he registered eight sacks and helped to the NFC title game despite being an off-the-bench edge rusher. He recorded three sacks in each of the past two seasons, playing in Atlanta, Seattle and Detroit. Prior to Arizona, Freeney spent two seasons in San Diego.

The Seahawks had hoped to re-sign Dwight Freeney after cutting him last week, but the Lions claimed him off waivers before they could so, as Freeney explained to Dave Birkett of the Detroit Free Press (Twitter link). Seattle needed to reinforce its depth at linebacker, and waiving Freeney was simply the easiest move the club could make. That’s not to say there wasn’t a financial component to the Freeney’s release, as Bob Condotta of the Seattle Times noted last week. Nevertheless, Freeney now heads to Detroit, a team that had interest in signing him at several points earlier in the season, tweets Birkett. 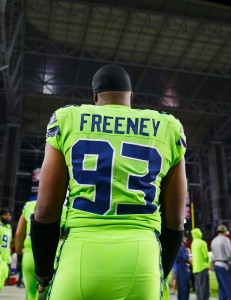 Dwight Freeney‘s time is over in Seattle. The Seahawks announced that they have waived the veteran. 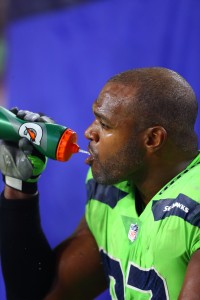 Freeney joined the Seahawks in October and recorded three sacks in four games. Although he was effective as a pass rusher in limited downs, the Seahawks appear to be looking for some more well-rounded defensive line depth.

Because the trade deadline has come and gone, Freeney will be subject to waivers. He could draw interest from some contending clubs looking to improve their QB pressure. By the same token, it wouldn’t be surprising to see clubs pass on the 37-year-old. After all, he was without a team until midway through the season.

If this is indeed the end of Freeney’s career, he will leave the sport with an impressive list of accomplishments. In 16 NFL seasons, Freeney earned seven Pro Bowl nods and was First-Team All Pro on three separate occasions. He’s also 17th on the NFL’s all-time career sack list with 125.5 and is second only to Julius Peppers among active players.

There’s trade talk surrounding Joe Staley as the deadline approaches, but the left tackle says that he wants to stay put with the 49ers.

“I’ve always wanted to play for the Niners, and the facts don’t change now,” Staley said (via Curtis Pashelka of the Bay Area News Group). “I’m just here to be better at my job. That’s where my focus is.”

The Eagles became a speculative suitor for Staley after after Jason Peters suffered a season-ending knee injury, particularly since Staley carries a reasonable salary all the way through 2019. The Niners say it would “take a whole lot” to part ways with him, but that just might happen with so many teams looking to strengthen the offensive line.

Staley, meanwhile, says he hasn’t gone to general manager John Lynch or coach Kyle Shanahan for clarification on his status.

“They know I want to be here,” Staley said. “What I’m concerned with is coming off a game where we didn’t do a good job in pass protection. We’ve got a hell of a challenge this week against the Eagles.”

Cardinals head coach Bruce Arians has not made any decision regarding whether his career will continue past the 2017 season, sources tell Josh Weinfuss of ESPN.com. Arizona will now be without quarterback Carson Palmer for several weeks (if not the rest of the year), and given that the Cardinals appear set to miss the postseason for the second consecutive season, there was some thought that Arians could hang it up after the current campaign concludes. But Arians himself tweeted that any such rumors were “news” to him, although Weinfuss added that how Arizona finishes the season could factor into Arians’ decision on 2018.

The Seahawks have signed veteran defensive end Dwight Freeney, as Freeney himself first indicated on his own Twitter account. Unsurprisingly, it’s a one-year deal for Freeney, tweets Adam Schefter of ESPN.com.

Freeney, now 37 years old, spent the 2015 campaign in Arizona and managed eight sacks down the stretch after signing with the club midseason. Last year, Freeney didn’t have to wait quite as long to land a contract, and put up three sacks and 26.5 pressures for the Falcons while playing roughly a third of Atlanta’s defensive snaps.

Despite that performance, Freeney had yet to draw any interest on the free agent market until meeting with the Seahawks earlier today. He’d always planned to continue his career, however, and there’s an argument to be made that waiting until midseason to sign a deal could actually help a pass rusher of Freeney’s age by limiting his overall usage.

Freeney won’t be asked to play a starter’s complement of snaps in Seattle, as the club already boasts two excellent edge defenders in Michael Bennett and Frank Clark. Bennett, though, is dealing with plantar fasciitis, while fellow defensive end Cliff Avril is out for the rest of the season (and could be contemplating retirement). Given the Seahawks’ depth up front, Freeney will serve as a rotational option alongside other reserves such as Marcus Smith and Branden Jackson.

While there’s no word on the financials in Freeney’s contract, it’s possible (and even likely, based on past precedent) that his deal with Seattle will include some type of performance-based pay. Last season, Freeney inked a one-year, $1MM pact with Atlanta that contained up to $2MM in sack incentives. 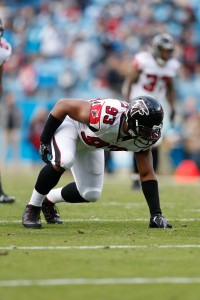 Despite initial reports that Cardinals quarterback Carson Palmer will undergo surgery on his broken arm and be out for eight weeks, the veteran signal caller may think he can return sooner than that. The 37 year-old reportedly told head coach Bruce Arians that he “may be able to return in 4-6 weeks”, according to Josh Weinfuss of ESPN.com. This news conflicts with the original prognosis, and Arians didn’t seem to doubt his QB’s feeling. “That’d be great…it depends on what the surgeon says. He is a fast healer. He’s had it broken before and basically said he was back in five.” Drew Stanton will still have to hold down the fort for the time being as the team looks to regain its footing after a 33-0 beatdown at the hands of the Rams.