The Panthers have released cornerback Brandon Boykin, according to Ian Rapoport of NFL.com (via Twitter). Boykin signed with Carolina in March and received an $80K signing bonus for his two months of employment. As a vested veteran, Boykin is not subject to waivers and is free to sign with any team. 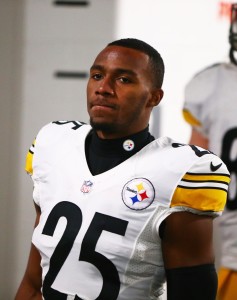 Boykin, 25, was one of the more intriguing cornerbacks to linger on the free agent market in late March. After a visit to Carolina, the two sides shook hands on a low-guarantee, one-year deal. Two months later, he’s once again a free agent.

In 2015, Boykin joined the Steelers, having been sent to Pittsburgh by the Eagles in a trade for a fifth-round pick. However, Boykin played primarily on special teams until the final few weeks of the season — he logged 252 of his 274 regular-season defensive snaps in the Steelers’ last five games.

Despite not seeing significant playing time in Pittsburgh, Boykin ranked as a top-40 cornerback in 2015 (out of 111 qualified players), per Pro Football Focus. The Georgia product has always shown flashes of upside, particularly in his six-interception 2013 campaign, but has never really gotten the opportunity to be a full-time player — he has just seven career starts. He’ll now look elsewhere for his chance to shine.

While Boykin didn’t earn a spot on PFR’s top 50 free agent list, we placed him sixth among free agent cornerbacks when we broke down 2016’s top defensive free agents, placing him ahead of veterans like Leon Hall and Patrick Robinson due to his relative youth and upside.