The Panthers announced that they have released safety Tre Boston. Fullback Devon Johnson, cornerback Lou Young, and tackles Jack Rodgers and Jordan Rigsbee have also been shown the door.

Less than two months ago, it was reported that “at least one team” had reached out to the Panthers to inquire about Boston. His release at this juncture of the offseason comes as a bit of a surprise since the Panthers did not draft a safety last week. Boston appeared in 15 games (10 starts) last season and was projected to return as the team’s starting free safety in 2017.

Boston graded out as Pro Football Focus’ No. 46 safety last season, putting him in a three-way tie with Jairus Byrd and George Iloka. Boston’s coverage grades were not as strong as Byrd or Iloka, but he made up ground with a better showing in terms of pass rush. Boston’s 78.1 overall score stands as a career high, though he was roughly on the same plane in 2014 and 2015.

Thursday’s practice squad moves from around the NFL:

The Panthers are promoting cornerback Lou Young to the 53-man roster, as David Newton of ESPN.com tweets. Carolina was in need of some CB help as starting cornerbacks Robert McClain and James Bradberry deal with hamstring injuries. 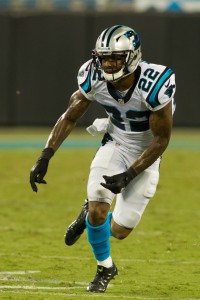 Young, as Newton writes, could see time at nickel behind Colin Jones and Zack Sanchez. Daryl Worley will start at one cornerback with either Sanchez or Teddy Williams on the other side. Young spent the bulk of the 2015 season on the Panthers’ practice squad before being called up in January. The Georgia Tech product has yet to record an official statistic in the NFL, however.

The Panthers have been having trouble in the secondary this year and the front office showed its frustration by cutting starter Bene Benwikere a couple of weeks ago. So far, the Panthers have been unable to adequately replace the production of former star corner Josh Norman.