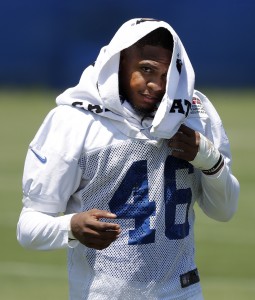 The Colts have signed outside linebacker Akeem Ayers, as Mike Chappell of CBS4 tweets. In related moves, the team has waived cornerback Neiko Thorpe and added cornerback Frankie Williams to the practice squad. The team has confirmed the moves via press release.

Ayers, a second-round pick of the Titans in 2011, was cut by the Rams over the weekend. That move surprised a lot of people since Ayers started eleven games for the club last season. Los Angeles cleared his entire $3.3MM of his cap charge from the books by dropping him and they hoped to re-sign him to a cheaper deal after the 53-man cutdowns were through. Unfortunately, for L.A. the Colts have spoiled those plans.

The release of Thorpe could mean that Darius Butler will be ready to go for Week 1. The Colts, of course, are thin at CB following Vontae Davis‘ injury. 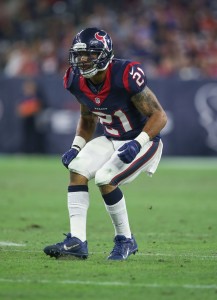